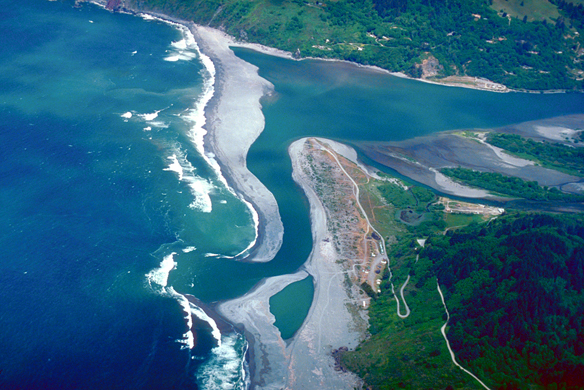 The Klamath River rises in the southeastern part of the U.S. state of Oregon, and flows about 263 miles (423 km) southwest through northern California, cutting through the southern Cascade Range to empty into the Pacific Ocean.

The Yurok were a sedentary coastal hunter/gatherer Pacific Coast Indian nation that relied heavily on fishing. They occupied the valley of the lower Klamath River and the neighboring coast…

New York Times, Struggling Tribe, Dark Side to a Windfall
The Yurok Indians, the largest tribe in California and one of the poorest.