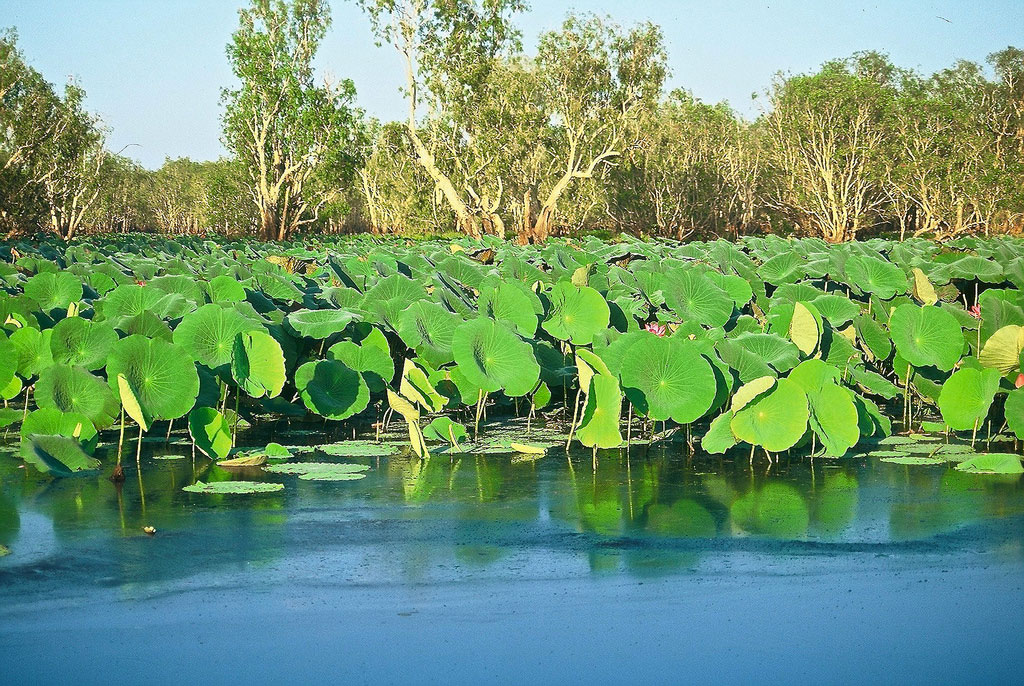 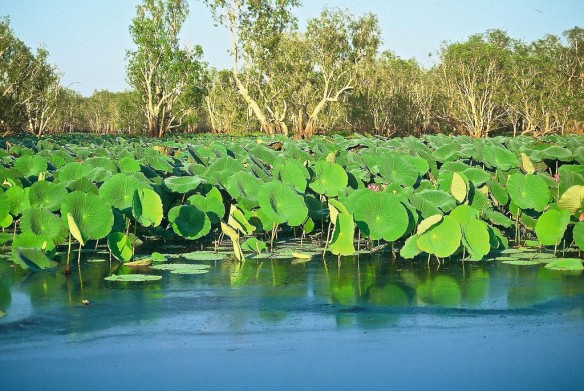 Kakadu is one of the very few places listed as a World Heritage Area for both its cultural and natural values. It is a place of exceptional beauty and is considered one of the most biologically diverse places on the Australian continent. The Timor and Arafura Seas are bordering Kakadu Park’s northern shores. Photo source: ©© Matt Francey

“Rising sea levels linked to global warming will endanger Australia’s World Heritage-listed Kakadu wetlands, according to a government report released Thursday as part of the campaign for a carbon tax.
The study found Kakadu was “one of Australia’s natural ecosystems most vulnerable to the impacts of climate change”, with higher oceans a “serious risk” to its ecosystem. 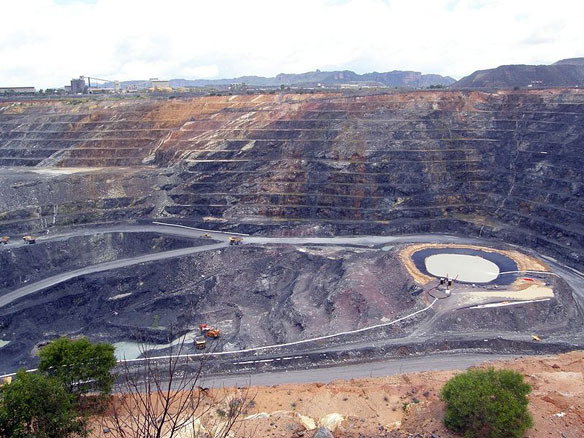 As changes in climate -accelerated by increased carbon emissions and greenhouses gas- are greatly endangering coastal ecosystems mainly due to sea level rise and its direct impacts, the Kakadu national park’s area has been afflicted and environmentally altered by yet, an other man-induced environmental devastation: uranium mining.

Of the world’s proven estimated uranium reserves (5,469,000 tonnes), 23% (valued at more than $300 billion), are held in Australia, which is the third greatest uranium exporter behind Canada and Kazakhstan.(Wikipedia)

Besides the very activity itself, reported safety breaches, unplanned natural occurences, unconformity of mineral deposits, and radiologically contaminated process water, have been tainting the story of the “protected” area. Indeed, Kakadu National Park, located in the Northern Territory of Australia, possesses within its boundaries a number of large uranium deposits. The uranium is legally owned by the Australian Government, and is sold internationally.

Technically the site of the Ranger mine and the adjacent Jabiluka area are not per se part of Kakadu National Park, but are completely surrounded by it, as they were specifically excluded when the park was established from 1981. Wikipedia

However, polluted water is leaking into Kakadu from uranium mine. The World heritage-listed Kakadu National Park is leaking 100,000 litres of contaminated water into the ground beneath the park every day, a Government appointed scientist has revealed. This is equivalent to three petrol tankers, of contaminant leaking from the mine’s tailings dam into rock fissures beneath Kakadu.The Age News, Australia

Consequently, the uranium mine, operated by Energy Resources of Australia Ltd, has been closed since January as heavy rains threatened a spillage of toxins from a water storage facility.

That closure had been extended until late July. However, continuing exploitation is undeniably on the agenda.

Energy Resources of Australia Ltd (ASX: ERA) is a public company based in Australia. It is a subsidiary of the, British mining giant Rio Tinto Group, which owns 68.4% of the company. ERA is the world’s third-largest uranium producer, through the Ranger Uranium Mine in the Northern Territory. 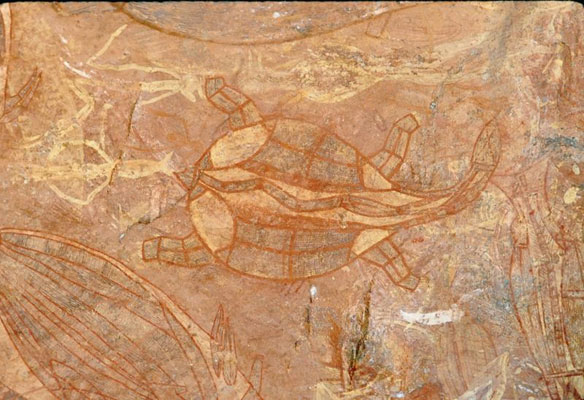 Kakadu National Park is located within the Alligator Rivers Region of the Northern Territory of Australia. It covers an area of 19,804 km2 (7,646 sq mi), extending nearly 200 kilometres from north to south and over 100 kilometres from east to west.

Besides encompassing breathtaking natural wonders, exceptional natural beauty and unique biodiversity, Kakadu is one of very few places World Heritage listed for both its cultural and its natural values. The area has been inhabited by indigenous Aboriginal tribes. Yet, once again, the mining industry has demonstrated its environmental destructive effects and consequent undeniable process off desacration of natural and cultural sites.

Ubirr is located in the East Alligator region of Kakadu National Park in the Northern Territory of Australia, 40 km from Jabiru, and is famous for its rock art. It consists of a group of rock outcrops on the edge of the Nadab floodplain where there are several natural shelters that have a collection of Aboriginal rock paintings, some of which are many thousands of years old.

The rock faces at Ubirr have been continuously painted and repainted since 40,000 BCE. Wikipedia