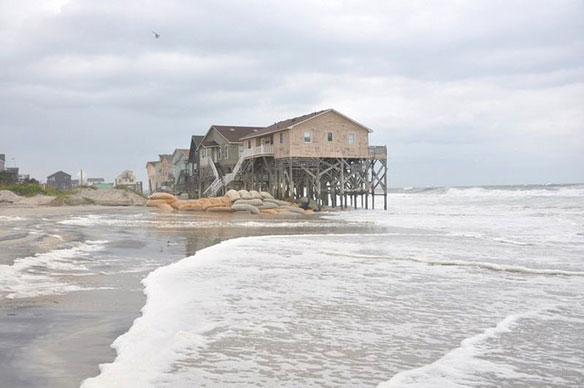 A team from the WCU Program for the Study of Developed Shorelines (PSDS) headed to the East Coast to investigate and document the impacts of Hurricane Earl along North Carolina’s Outer Banks.

For updates and additional images: Shutterfly

“Rob and I left Cullowhee, NC at 4:00 am this morning and arrived at the Dare County Emergency Management office in Manteo (Dare County), NC at noon. We chatted with emergency management officials about the pending storm, and Rob stated his belief that Earl could be another Hurricane Emily which flooded Buxton with a 10-12 foot storm surge, not from the ocean, but from Pamlico Sound, in 1993. Dare County officials made it clear that they were comparing Earl to Hurricane Isabel in 2003. We were told that there would be no estrictions on driving, and left with the impression that the County was taking a lackadaisical attitude to what, at the time, was a category 4 hurricane. 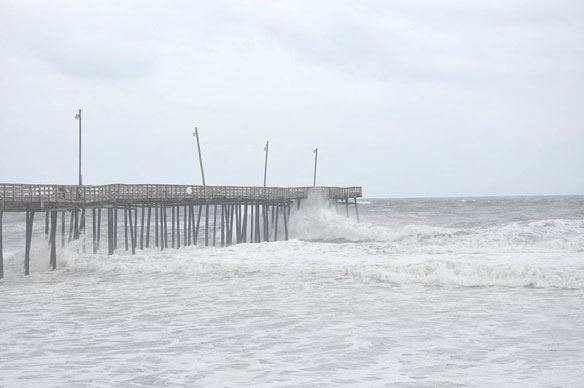 We observed no overwash along the way, but did witness waves breaking under several houses just south of the Highway 12 S-curves around 2:00 (high tide). Images are posted below. We also noticed that the wind, blowing out of the north in Nags Head, was blowing harder out of the east in Rodanthe. Waves were estimated to be 10-12 feet. 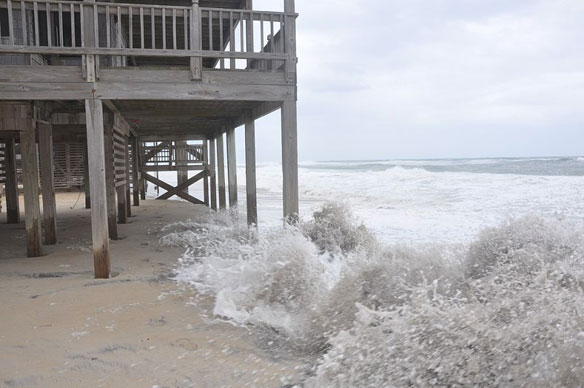 We then drove north on Highway 12, and passed a NC Highway Patrol check point at the base of the Bonner Bridge at the Oregon Inlet Fishing Center (for vehicles heading south).

Our next stop was E. Seagull Drive in South Nags Head where we witnessed a number of structures in the surf zone (see images below). 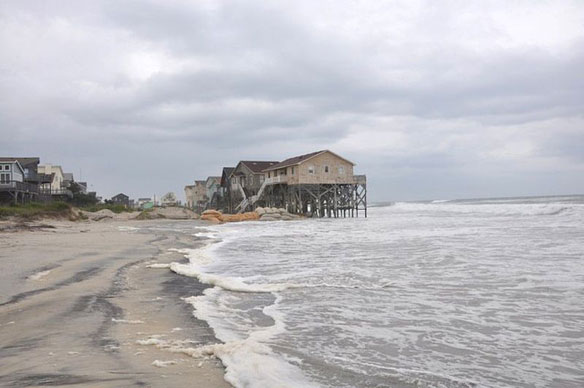 We then headed north to Surfside Drive, also in S. Nags Head, where we witnessed much of the same.

We received a call from the a Raleigh News & Observer reporter asking if we’d show her where we just were. So, we headed back out to E. Seagull Drive and spent about a half hour discussing the coastal development problems facing Nags Head (and just about every other developed shoreline). 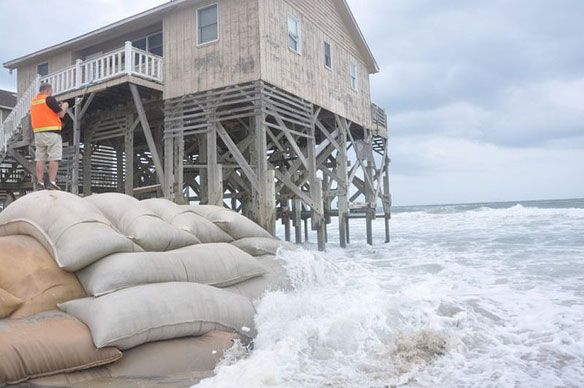 Around 9:00 pm, the winds picked up (out of the north) and the first real rain band hit. At 10:00, it was raining hard and windy (still out of the north). Rob and I decided there wasn’t anything more we could do until about 2:00 am when the eye of Earl was forecast to be very close to Nags Head. 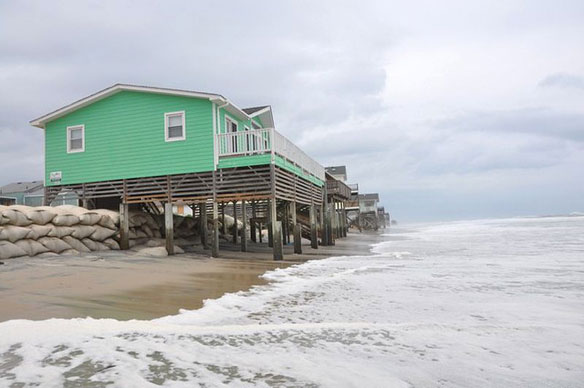