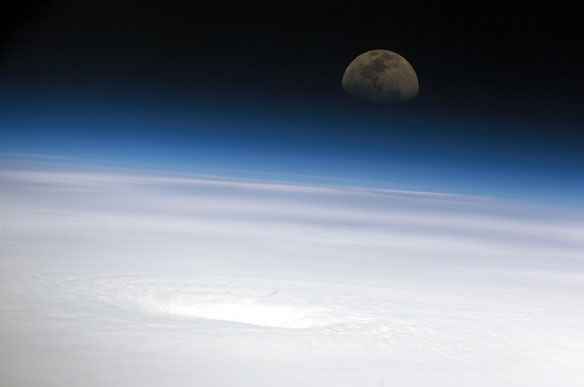 Atlantic Hurricane Season On Track To Be Above-Normal

NOAA issued its updated Atlantic hurricane season outlook today saying the season is shaping up to be above normal with the possibility that it could be very active. The season has already produced four named storms, with the peak of the season, mid-August through October, yet to come.

“Our confidence for an above-normal season is still high because the predicted atmospheric and oceanic conditions that are favorable for storm development have materialized,” said Gerry Bell, Ph.D., lead seasonal hurricane forecaster at NOAA’s Climate Prediction Center, a division of the National Weather Service. “Also, two of the four named storms to-date formed in the deep tropical Atlantic, which historically is an indicator of an active season.”

The conditions in place now are similar to those that have produced many active Atlantic hurricane seasons since 1995, and include above-average Atlantic sea surface temperatures and a stronger rainy season in West Africa, which produces wind patterns that help turn storm systems there into tropical storms and hurricanes.

The updated outlook calls for a 70 percent chance of an above-normal season. Across the Atlantic Basin for the entire season – June 1 to November 30 – NOAA’s updated seasonal outlook (which includes the activity to date of tropical storms Andrea, Barry, Chantal, and Dorian) projects a 70 percent chance for each of the following ranges:

These ranges are above the 30-year seasonal averages of 12 named storms, six hurricanes and three major hurricanes.

The updated outlook is similar to the pre-season outlook issued in May, but with a reduced expectation for extreme levels of activity. Motivating this change is a decreased likelihood that La Niña will develop and bring its reduced wind shear that further strengthens the hurricane season. Other factors are the lack of hurricanes through July, more variability in the wind patterns across the tropical Atlantic Ocean and slightly lower hurricane season model predictions. In May, the outlook called for 13-20 named storms, 7-11 hurricanes and 3-6 major hurricanes.

“The peak of the hurricane season is almost upon us and it’s important to remain prepared for hurricanes through November,” said Joe Nimmich, FEMA Associate Administrator for Response and Recovery. “Make sure to review your family emergency plan, check that your emergency kit is stocked and consider insurance options. Learn more about how you can prepare for hurricanes at ready.gov/hurricanes.”