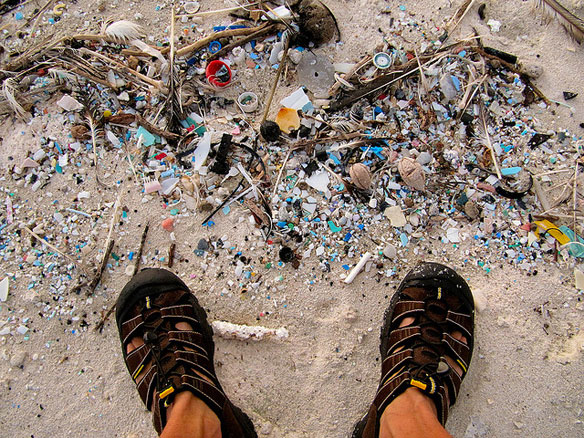 Ocean Litter Is Being Ingested By Humans

The plastic peril inflicting our oceans is now so severe humans are ingesting particles of litter, a leading marine expert has warned.

The vast quantities of plastics which litter the UK’s oceans are not only a real danger to sea life but could also threaten humans too, Paul Rose, the vice president of the Royal Geographical Society, has said…

European Comission publishes studies on plastic marine litter
In 2012, the European Commission DG Environment commissioned 3 Pilot Projects (studies) on marine litter. The results of the studies are now available. The three projects showed that plastic is the dominant fraction in marine litter and comes primarily from land based activities, although with some important regional differences. Individual behaviour and people’s attitudes and perceptions are a major influential factor with regards to littering.