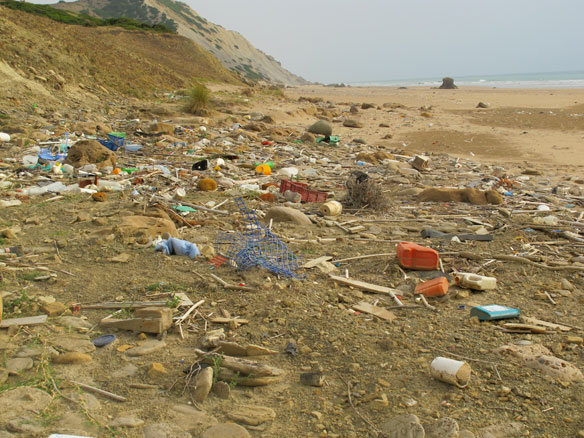 Concern is growing over widespread plastic waste that is threatening marine life – with conservative yearly estimates of $13 billion in financial damage to marine ecosystems, according to two reports issued at the inaugural meeting of the United Nations Environment Assembly.

“Plastic contamination threatens marine life, tourism, fisheries and businesses,” underscores the eleventh edition of the UN Environment Programme (UNEP) Year Book, which updates 10 issues previously highlighted over the past decade and provides mitigation steps for each.

“Plastics undoubtedly play a crucial role in modern life, but the environmental impacts of the way we use them cannot be ignored,” added Achim Steiner, UNEP Executive Director.

Valuing Plastic, a UNEP-supported report produced by the Plastic Disclosure Project (PDP) and Trucost, makes the business case for managing and disclosing plastic use in the consumer goods industry.

“Over 30 per cent of the natural capital costs are due to greenhouse gas emissions from raw material extraction and processing,” says the report, adding “marine pollution is the largest downstream cost, with the $13 billion figure most likely a significant underestimate.”

Calculating the negative financial impact of issues, such as marine environment or air pollution caused by incinerating plastic, the report reveals that the overall natural capital cost in the consumer goods sector each year is $75 billion.

A large and unquantifiable amount of plastic waste enters the ocean from littering, poorly managed landfills, tourist activities and fisheries. Some of this material sinks to the ocean floor, while some floats and can travel over great distances on ocean currents – polluting shorelines and accumulating in massive mid-ocean gyres.

“These reports show that reducing, recycling and redesigning products that use plastics can bring multiple green economy benefits: from reducing economic damage to marine ecosystems and the tourism and fisheries industries – vital for many developing countries – to bringing savings and opportunities for innovation to companies while reducing reputational risks,” advocated Mr. Steiner.

There have been many reliable reports of environmental damage due to plastic waste that include mortality or illness when ingested by sea creatures such as turtles; entanglement of animals, such as dolphins and whales; and damage to critical habitats, such as coral reefs.

There are also concerns about chemical contamination, invasive species spread by plastic fragments and economic damage to the fishing and tourism industries in many countries by, for example, fouling fishing equipment and polluting beaches. 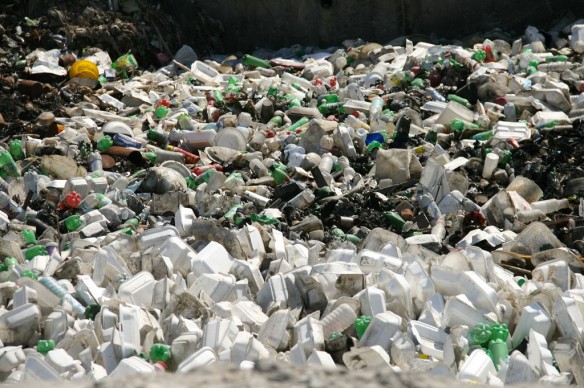 Since the 2011 UNEP Year Book last reviewed plastic waste in the ocean, concern has grown over microplastics (particles up to 5 mm in diameter, either manufactured or created when plastic fragments), which have been ingested by marine organisms – including seabirds, fish, mussels, worms and zooplankton.

“One emerging issue is the increasing use of microplastics directly in consumer products, such as ‘microbeads’ in toothpaste, gels and facial cleansers,” explains the UNEP Year Book. “These microplastics tend not to be filtered out during sewage treatment, but are released directly into rivers, lakes and the ocean.”

Communities of microbes have been discovered thriving on microplastics at multiple locations in the North Atlantic – where the “plastisphere” can facilitate the transport of harmful microbes, pathogens and algal species.

The Yearbook affirms that “microplastics have also been identified as a threat to larger organisms, such as the endangered northern right whale, which is potentially exposed to ingestion through filter-feeding.”

Production trends, use patterns and changing demographics are expected to cause increasing plastic use, and both reports call for companies, institutions and consumers to reduce their waste.

Valuing Plastic finds that while consumer goods companies currently save $4 billion each year through good plastic management, such as recycling, plastic use disclosure is poor. Less than half of the 100 companies assessed reported any data relevant to plastic.

“The research unveils the need for companies to consider their plastic footprint, just as they do for carbon, water and forestry,” said Andrew Russell, Director of the PDP. “By measuring, managing and reporting plastic use and disposal through the PDP, companies can mitigate the risks, maximize the opportunities, and become more successful and sustainable.”

Initiatives such as the PDP and UNEP-led Global Partnership on Marine Litter have helped raise awareness of, and begun to address, the issue. However, much more needs to be done.

Recommendations of the reports include that companies monitor their plastic use and publish the results in annual reports; and commit to reducing the environmental impact of plastic through clear targets, deadlines and efficiency and recycling innovations.

Since plastic particles can be ingested by marine organisms and potentially accumulate and deliver toxins through the food web, efforts should be stepped up to fill the knowledge gaps and better understand the capacity of various plastics to absorb and transfer persistent, toxic and bioaccumulating chemicals.

“By highlighting the savings from reuse and recycling, it builds a business case for proactive sustainability improvements.”

Seal trapped in marine plastic debris. Photo source: ©©TedExGp2
“The unprecedented plastic waste tide plaguing our oceans and shores, can become as limited as our chosen relationship with plastics, which involves a dramatic behavioral change on our part…” —Coastal Care.