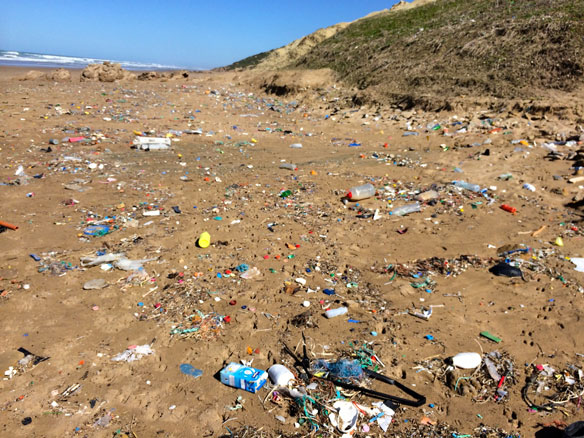 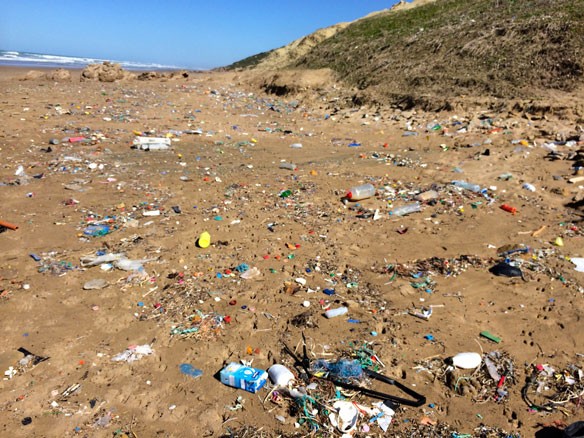 Every year, 8 million metric tons of plastic end up in our oceans, it’s equivalent to five grocery bags filled with plastic for every foot of coastline…

An ocean of plastic: Magnitude of plastic waste going into the ocean calculated, UCSB Current
A new study published in the journal Science, quantifies the input of plastic waste from land into the ocean and offers a roadmap for developing ocean-scale solutions to the problem of plastic marine pollution. The research was conducted by a scientific working group at UC Santa Barbara’s National Center for Ecological Analysis and Synthesis (NCEAS) with support from the Washington, D.C.-based Ocean Conservancy. To conduct the research, lead author Jenna Jambeck, an environmental engineer at the University of Georgia, coordinated contributions from experts in oceanography, waste management and plastics materials science.