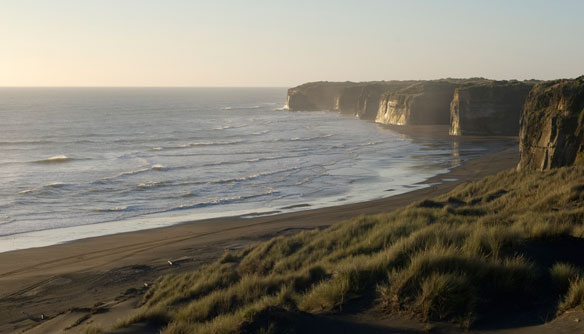 Ocean ironsands mining decision due tomorrow, The New Zealand Herald
Backed by Australian, American and New Zealand investors, TTR intends to raise as much as US$550 million in debt and equity to fund the project, which would vacuum up iron-rich seafloor sands, extracting the desired titano-magnetite for export to Asian steel mills…

Taranaki’s Black Sand Could Prove Golden, One News
A proposal to mine the seabed for 20 years is set to be considered by the Environmental Protection Authority tomorrow.

Sand Mining Opposition Grows, Taranaki Daily News
A wave of opposition to seabed mining off the south Taranaki coast is growing as divers, fishermen and local iwi rally against the proposal…