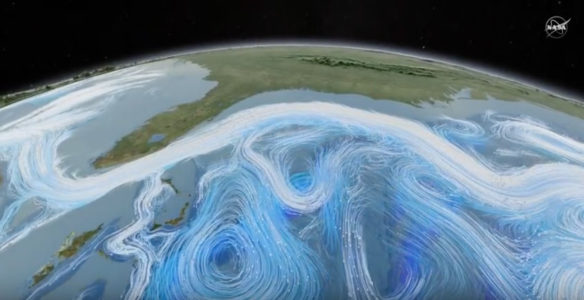 The oceans play a significant role in absorbing greenhouse gases, like carbon dioxide, and heat from the atmosphere. This absorption can help mitigate the early effects of human-emissions of carbon dioxide.

The Atlantic Meridional Overturning Circulation acts as a conveyor belt of ocean water from Florida to Greenland. Along the journey north, water near the surface absorbs greenhouse gases, which sink down as the water cools near Greenland. In this way, the ocean effectively buries the gases deep below the surface…