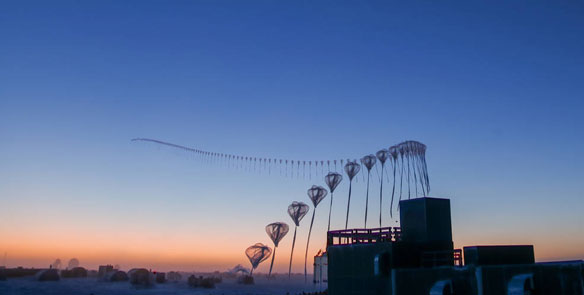 What’s the ozone hole got to do with warming?

This time-lapse photo from Sept. 9, 2019, shows the flight path of an ozonesonde as it rises into the atmosphere over the South Pole from the Amundsen-Scott South Pole Station. Scientists release these balloon-borne sensors to measure the thickness of the protective ozone layer high up in the atmosphere. Credits: Robert Schwarz/University of Minnesota. Captions and Photo source: NASA

Based on new data crunched in climate model, researchers argue that CFCs are likely what’s caused the Arctic to warm even faster than the rest of the planet under the influence of climate change. CFCs are, after all, potent greenhouse gases…