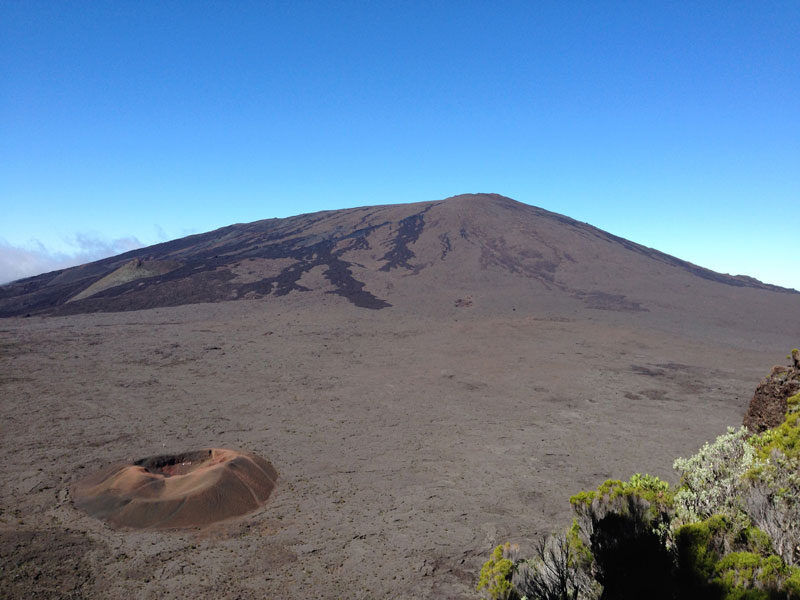 Fifty Years Past the First Earth Day, a Frayed Planet—and a Sublime One 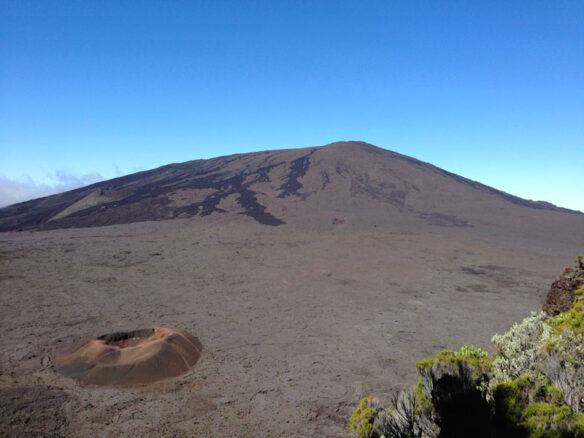 Photograph: © Coastal Care
Rising to 2,631 m above sea level, the Piton de la Fournaise Volcano – on La Reunion, a French Island east of Madagascar – ranks among the world’s most active volcanoes, erupting around once every nine months, producing fluid basaltic lava often flowing down the mountain side to meet the Indian Ocean.
This colossus is around 500,000 years old, and has been classified as a World Heritage Site by UNESCO for its exceptional universal value.
Of dazzling beauty, bordered by mineral nothingness and a palette of reddish and black volcanic rocks,the lunar landscape stretches as far as the eye can see, just like the Plaine de Sables, which visitors cross to reach the volcano’s summit. All of this seemingly extra-terrestrial scenery is inhabited.
The beaches on the Piton de La Fournaise’s side of the island are made of black sand, but some beaches in the proximity of the volcano are greenish in color, due to olivine sand derived from picrite basalt lavas.

On the fiftieth anniversary of the first Earth Day, let’s think for a moment about the Earth—backdrop for our busy and dramatic life, but also a planet.