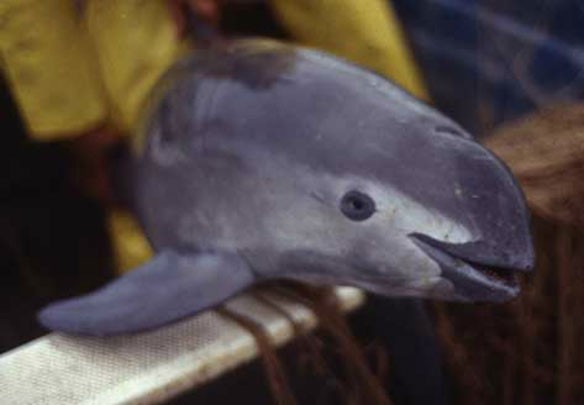 Experts said that at most only 22 vaquitas remain in the Gulf of California, where a grim, increasingly violent battle is playing out between emboldened fishermen and the last line of defense for the smallest and most endangered porpoise in the world…

Sea mammal on brink of extinction targeted by “mafias” in Baja, Mexico; CBS News (07-30-2018)
There’s a crisis going on in the Pacific Ocean as an innocent porpoise falls prey to money and greed. The Vaquita is only about 4 feet long, weighs less than 100 lbs and calls the waters off the coast of Baja, Mexico home. With fewer than 30 left, it’s the most endangered marine mammal in the world… 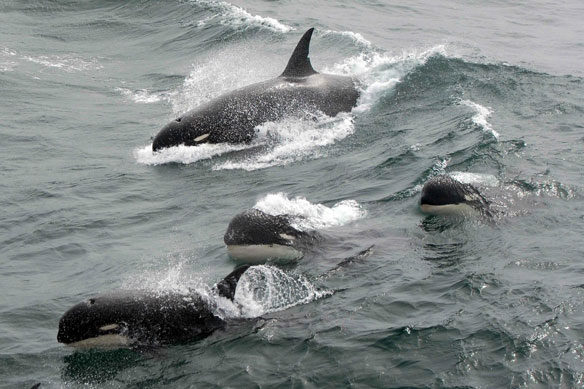 In January 2019, an international team of scientists working off the tip of southern Chile got their first live look at what might be a new species of killer whale. Called Type D, the whales were previously known only from a beach stranding more than 60 years ago, fishermen’s stories, and tourist photographs.

Genetic samples the team collected will help determine whether this animal, with its distinctly different color pattern and body shape, is indeed new to science.

“We are very excited about the genetic analyses to come. Type D killer whales could be the largest undescribed animal left on the planet and a clear indication of how little we know about life in our oceans,” said Bob Pitman, a researcher from NOAA Fisheries’ Southwest Fisheries Science Center in La Jolla, California.

The team’s encounter with the distinctive whales came after they spent more than a week at anchor, waiting out the perpetual storms of Cape Horn off southern Chile. It was here that the scientists collected three biopsy samples—tiny bits of skin harmlessly taken from the whales with a crossbow dart—from a group of Type D killer whales.

Unraveling the secrets of these unique killer whales has now moved from the blustery Southern Ocean to the laboratory, where NOAA scientists will analyze DNA from the skin samples. “These samples hold the key to determining whether this form of killer whale represents a distinct species,” said Pitman.

The first record of the unusual killer whales came in 1955, when 17 animals stranded on the coast of Paraparaumu, New Zealand. Compared to other killer whales, they had more rounded heads, a narrower and more pointed dorsal fin, and a tiny white eyepatch; no whales like this had ever been described before.

Initially, scientists speculated that the unique look might have been a genetic aberration only seen in those stranded whales. Then, in 2005, a French scientist showed Pitman photographs of odd-looking killer whales that had taken fish from commercial fishing lines near Crozet Island in the southern Indian Ocean. They had the same tiny eye patches and bulbous heads.

The location, a quarter of the way around the world from New Zealand, suggested that relatives of the stranded whales might in fact be widespread.

Burgeoning tourism in Antarctica has since produced wildlife photographs in unprecedented quality and quantity. To monitor the distribution, movements, and abundance of killer whales in Antarctic waters, Pitman and colleagues, including members of the International Association of Antarctica Tour Operators, began to collect killer whale images from the Southern Ocean… 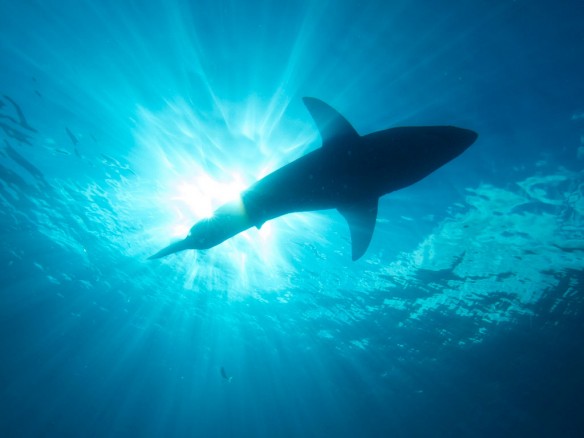 A new study has documented unexpected consequences following the decline of great white sharks from an area off South Africa. The study found that the disappearance of great whites has led to the emergence of sevengill sharks, a top predator from a different habitat… 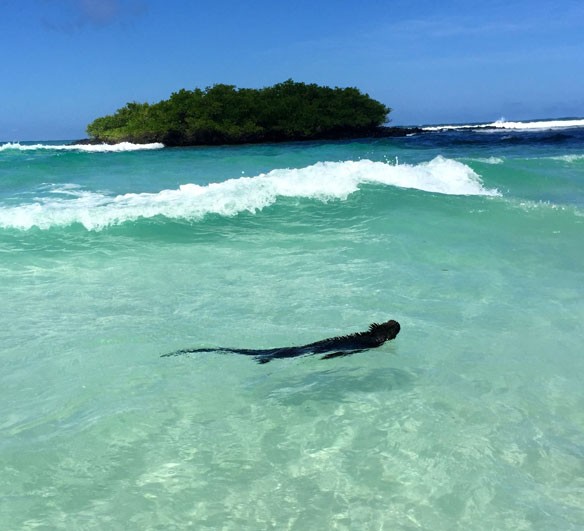 Ever since Darwin first set foot on the Galapagos, evolutionary biologists have long known that the geographic isolation of archipelagos has helped spur the formation of new species. Now, an international research team has found the same holds true for penguins.

They have found the first compelling evidence that modern penguin diversity is driven by islands, despite spending the majority of their lives at sea… 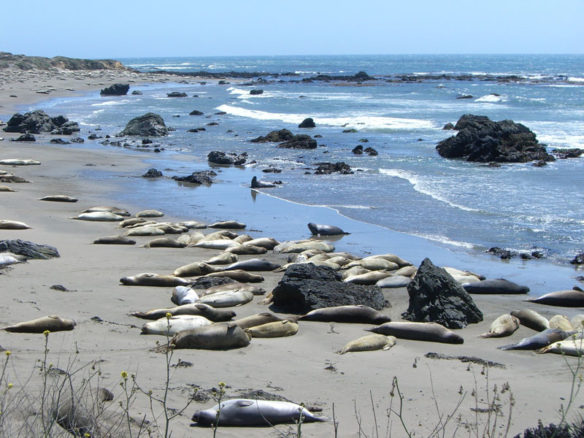 An understaffed stretch of California coastline has new residents: nearly 100 elephant seals and their pups… 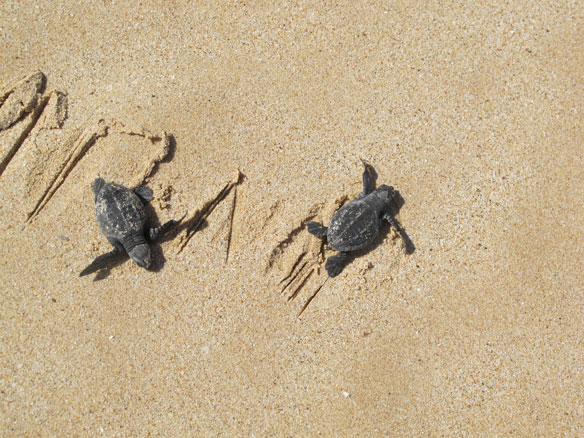 At the New England Aquarium’s sea turtle hospital in a repurposed shipyard building south of Boston, the casualties of climate change swim in tanks as they recover after being pulled stunned from the beach… 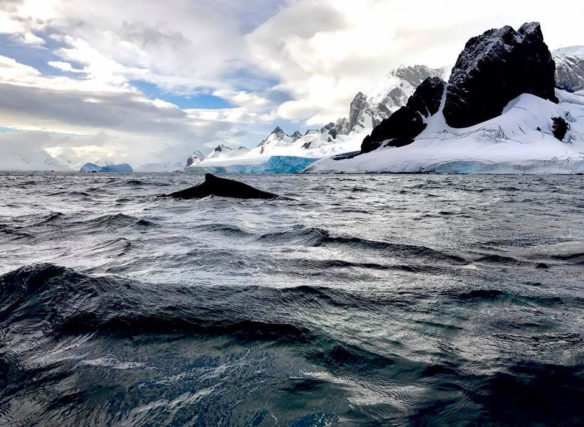 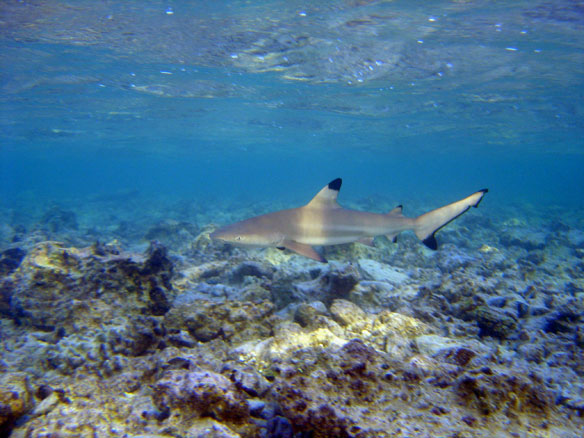 Queensland’s coastal shark numbers are continuing a 50-year decline, in sharp contradiction of suggestions of ‘exploding’ shark populations, according to a new analysis.

Researchers analyzed data from the program, which has used baited drumlines and nets since 1962 to minimize human-shark interactions, and now spans 1,760 km of the Queensland coastline… 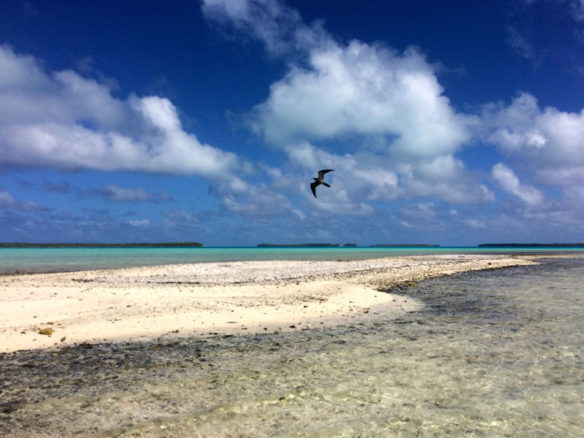 A study, aimed to track tagged seabirds’ behaviour and movements along the coast, revealed that, at night, these seabirds spent a lot of their time idle on the sea surface.

Using seabirds to tell us about the tide could be especially useful for the marine renewable energy industry. Generating tidal energy requires detailed knowledge of current speeds. Scientists and engineers traditionally measure tides by using radar or deploying anchors and buoys with scientific instruments. However, these scouting methods are challenging and expensive. If tagged seabirds could provide tidal data over a large area, they could help identify sites that would be good sources of tidal energy…