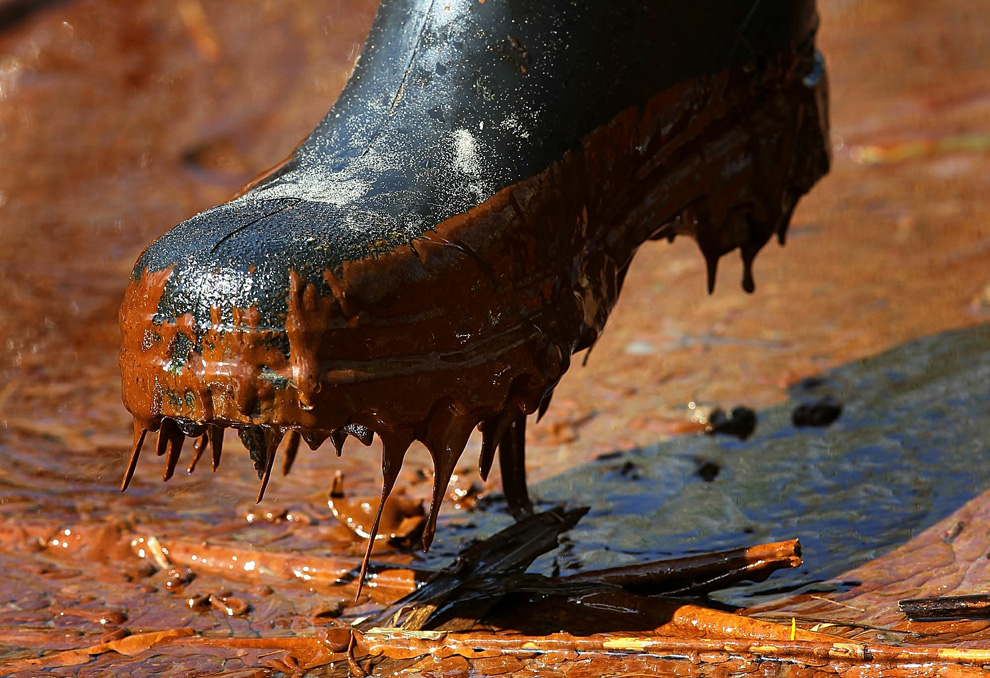 BP fumbled its latest underwater experiment with the wild Gulf gusher, just like every other endeavor the company has tried to fix the nation’s worst oil spill and BP’s chief executive said the company wasn’t fully prepared for the disaster.

First, a 100-ton, four-story box couldn’t contain the spill because icelike crystals clogged the top. Then, a straw-like device that actually did capture crude was inconsistent at best. The supposed top kill, shooting heavy mud and junk into the well, couldn’t overcome the pressure of the oil. And the most recent risky gambit ran into trouble a mile under the sea Wednesday when a diamond-tipped saw became stuck after slicing through about half of the blown-out well.

It took BP 12 hours to free the saw, and the company hopes to use giant shears similar to an oversized garden tool to snip off the pipe. However, the cut won’t be as clean if successful, and a looser fitting cap will have to be placed over the spill.
No timetable was given for when that might start, a familiar refrain in this six-week-old disaster.

The Financial Times on Thursday quoted BP CEO Tony Hayward as saying it was “entirely fair” to criticize the company’s preparations.

The newspaper quotes Hayward as saying: “What is undoubtedly true is that we did not have the tools you would want in your tool kit.”

However, Hayward said BP had been successful so far in keeping most of the oil away from the southeastern U.S. coast.
“Considering how big this has been, very little has got away from us,” Hayward was quoted as saying.

So far, each novel attempt to stop more oil from spewing into the Gulf has dragged on and misfired. All along, the company has been drilling a relief well, the best option at stopping the gusher, but it’s still two months away.

Since the biggest oil spill in U.S. history began to unfold April 20 with an explosion that killed 11 workers aboard an offshore drilling rig, crude has fouled some 125 miles of Louisiana coastline and washed up in Alabama and Mississippi. The well has leaked anywhere from 21 million to 45 million gallons by the government’s estimate.

The latest attempt to stop it, the so-called cut-and-cap method, is considered risky because slicing away a section of the 20-inch-wide riser could remove kinks in the pipe and temporarily increase the flow of oil by as much as 20 percent.
And the situation on the water’s surface becomes more dire with each day.

Oil drifted perilously close to the Florida Panhandle’s famous sugar-white beaches, and crews on the mainland were doing everything possible to limit the catastrophe. Coast Guard Adm. Thad Allen, the nation’s point man for the spill, directed BP to pay for five additional sand barrier projects in Louisiana. Boats were also sent packing east, along with four helicopters to help skimmers spot oil threatening Alabama, Mississippi and the Florida coast.

As the edge of the slick drifted within seven miles of Pensacola’s beaches, emergency workers rushed to link the last in a miles-long chain of booms designed to fend off the oil. They were slowed by thunderstorms and wind before the weather cleared in the afternoon.

Forecasters said the oil would probably wash up by Friday, threatening a delicate network of islands, bays and white-sand beaches that are a haven for wildlife and a major tourist destination dubbed the Redneck Riviera.

“We are doing what we can do, but we cannot change what has happened,” said John Dosh, emergency director for Escambia County, which includes Pensacola.

The effect on wildlife has grown, too.

The U.S. Fish and Wildlife Service reported 522 dead birds, at least 38 of them oiled, along the Gulf coast states, and more than 80 oiled birds have been rescued. It’s not clear exactly how many of the deaths can be attributed to the spill.
Dead birds and animals found during spills are kept as evidence in locked freezers until investigations and damage assessments are complete, according to Teri Frady, a spokeswoman for the National Oceanographic and Atmospheric Administration.

“This includes strict chain-of-custody procedures and long-term locked storage until the investigative and damage assessment phases of the spill are complete,” she wrote in an e-mail.

As the oil drifted closer to Florida, beachgoers in Pensacola waded into the gentle waves, cast fishing lines and sunbathed, even as a two-man crew took water samples. One of the men said they were hired by BP to collect samples to be analyzed for tar and other pollutants.

A few feet away, Martha Feinstein, 65, of Milton, Fla., pondered the fate of the beach she has been visiting for years. “You sit on the edge of your seat and you wonder where it’s going,” she said. “It’s the saddest thing.”

Officials said the slick sighted offshore consisted in part of “tar mats” about 500 feet by 2,000 feet in size.

County officials set up the booms to block oil from reaching inland waterways but planned to leave beaches unprotected because they are too difficult to defend against the action of the waves and because they are easier to clean up.
“It’s inevitable that we will see it on the beaches,” said Keith Wilkins, deputy chief of neighborhood and community services for Escambia County.

Florida’s beaches play a crucial role in the state’s tourism industry. At least 60 percent of vacation spending in the state during 2008 was in beachfront cities. Worried that reports of oil would scare tourists away, state officials are promoting interactive Web maps and Twitter feeds to show travelers, particularly those from overseas, how large the state is and how distant their destinations may be from the spill.