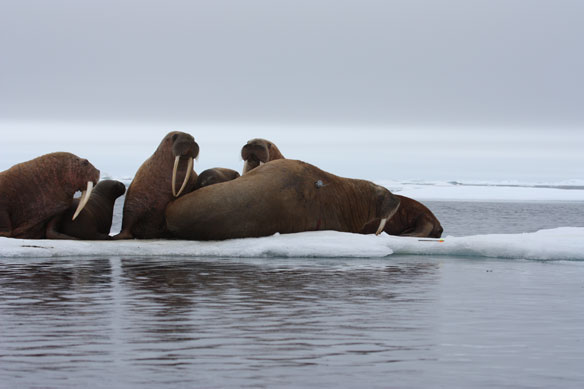 Tens of thousands of walruses have come ashore in northwest Alaska because the sea ice they normally rest on has melted.

Federal scientists say this massive move to shore by walruses is unusual in the United States. But it has happened at least twice before, in 2007 and 2009…