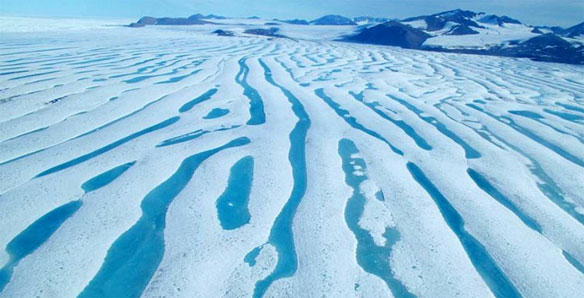 By University of British Columbia

Scientists predict that the sea ice area around Antarctica will be reduced by more than 33 per cent by 2100, accelerating the collapse of ice shelves. Up to hundreds of metres thick, ice shelves are floating platforms of ice that cover almost half of Antarctica’s coastline.

The mission will study the effect of ice shelves on the mixing of sea water, and will provide critical data for the Antarctica 2010 Glacier Tongues and Ocean Mixing Research Project led by investigator Craig Stevens at the New Zealand National Institute for Water and Atmospheric Research. The field site is located in New Zealand’s Ross Dependency in Antarctica and the team includes scientists from New Zealand, Canada, the United States and France.

Until recently, scientists have had limited ability to access ice-covered waters, but the research team’s use of a high-tech robot aims to change that.

“Findings from this study will be unique as there have only been a few under-ice AUV deployments globally, even fewer in the vicinity of ice shelves,” says Laval, who teaches civil engineering in the Faculty of Applied Science.

The AUV, named UBC-Gavia, measures 2.5 metres long by half a metre wide and is equipped with temperature and salinity sensors, current meters, mapping sonar, a digital camera and water quality optical sensors. It will navigate the deep cold waters adjacent to, and possibly under, the floating 100-metre thick Erebus Glacier Tongue in McMurdo Sound, at a latitude of 77° south.

Hamilton and Forrest will pre-plan the AUV missions, setting the flight path and depth for the robot to follow and selecting what sensors to activate. These instructions are uploaded to the AUV, which then dives under the ice collecting data on its own, returning to the ice-hole at the end of the mission.

“The deployments are expected to return important data from a largely uncharted ocean environment,” says Hamilton, who specializes in environmental fluid mechanics. 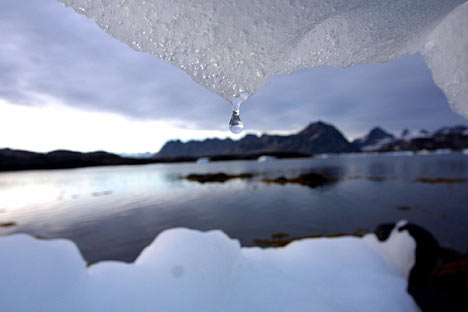 New Zealand’s Stevens, who worked as a postdoctoral researcher at UBC in the early 1990s, says, “The key is to try and locate the mixing hotspots in time and space. These hotspots appear to be perhaps 1,000 times more energetic than background conditions. The AUV is a key component of our suite of instruments and provides the vital spatial element.”