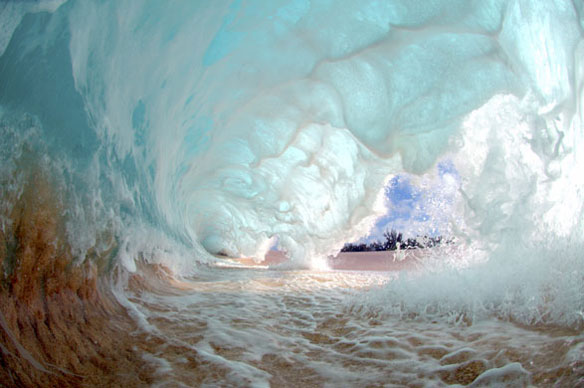 Hydrofracking, Water, Watersheds, and the Ocean 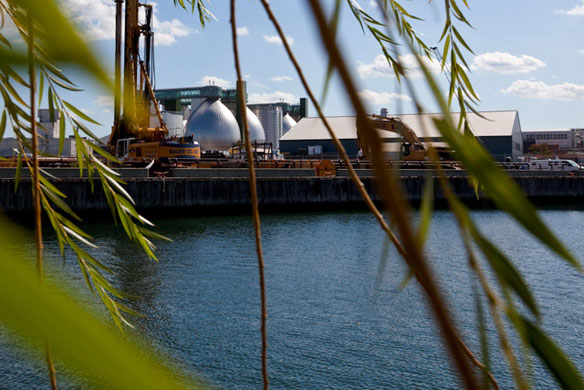 Newton Creek Wastewater Treatment Plant. Much wastewater goes to treatment plants like this, then into rivers, then to the oceans. Photo Source: ©© Tom Giebel

Drilling companies have only in recent years developed techniques to unlock the enormous reserves, thought to be enough to supply the country with gas for heating buildings, generating electricity and powering vehicles for up to a hundred years.

Some say using natural gas will help slow climate change because it burns more cleanly than coal and oil, and also, see it as a way to wean the United States from its dependency on other countries for oil.

But the relatively new drilling method, known as high-volume horizontal hydraulic fracturing, or hydrofracking, carries significant environmental risks. It involves injecting huge amounts of water, mixed with sand and chemicals, at high pressures to break up rock formations and release the gas.

With hydrofracking, a well can produce over a million gallons of wastewater that is often laced with highly corrosive salts, carcinogens like benzene and radioactive elements like radium, all of which can occur naturally thousands of feet underground. Other carcinogenic materials can be added to the wastewater by the chemicals used in the hydrofracking itself.

Industry officials say they are not concerned.

The concentrated presence of highly corrosive salts, benzene, radium, other radioactive and toxic chemical elements in the millions of gallons of wastewater used in hydrofracking, a relatively recent process of recovering natural gas from deep underground, is yet another unexpected consequence of the desperate pursuit of fossil fuels on our public health, on the safety of drinking water, watersheds, the food chain, and, ultimately, marine resources and the ocean.

The sea connects all things.