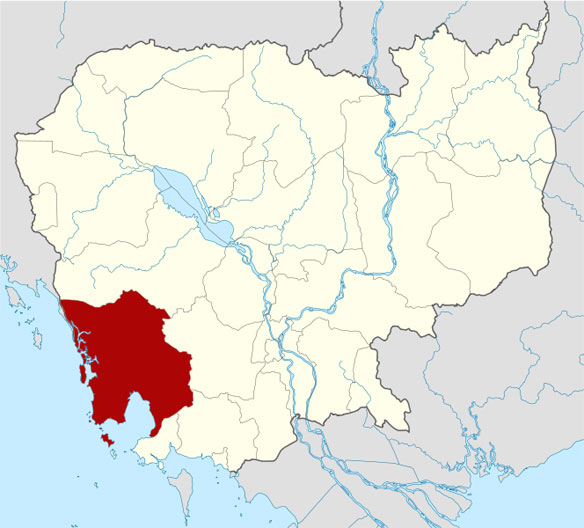 The most south-western province of Cambodia, Koh Kong has a long undeveloped coastline and a mountainous, forested and largely inaccessible interior. Caption and Image source: Wikipedia

A sand dredging operation of “unprecedented scale” on the Tatai river, in Koh Kong province, had decimated fish stocks, ruined eco-tourism projects and released foul-smelling gases into the air since it began in May…

Ruling party senator Ly Yong Phat’s company, LYP Group, had been granted sole rights to dredge sand in the area for export after applying for a licence late last year…

Environment at risk as Cambodia exports millions of tonnes of sand to Singapore, new Global Witness report reveals, Global Witness May 2010
Global Witness released a 2010 report on Cambodia sand trade, that said that up to 796,000 tonnes of sand was being removed from Koh Kong each month. The group estimates that the annual value of these shipments is US$28.7 million in Cambodia and $248 million once the sand reaches Singapore, and that the trade is being conducted with little regard for international standards or local laws.