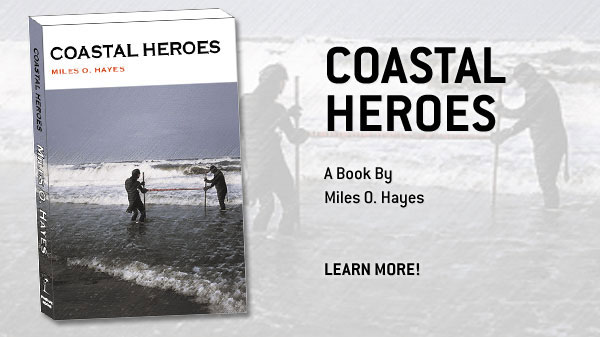 A book by By Miles O. Hayes

“In Coastal Heroes, an ever-enthusiastic Miles Hayes tells the story of a long and very distinguished 50-year career as a field geologist and educator.

Carried out on all 7 continents, his investigations range from the study of earth history, oil spills, oil exploration, and barrier islands and beaches. 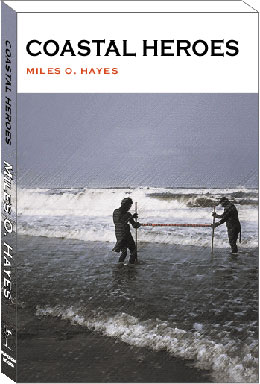 In each chapter he relates the conclusions of some studies and then recounts, with humor and candor, his adventures and misadventures in the field.

Hayes’ passion for life and for the science of geology is infectious and his story is a clear bit of evidence that scientists are real people too.”
—Dr. Orrin H. Pilkey, Professor Emeritus, Duke University, Nicholas School of the Environment.

“Honest. Funny. Irreverent. Coastal Heroes is a memoir of the extraordinary career of the “Father of Coastal Geomorphology“, Miles O. Hayes. From humble beginnings in the mountains of North Carolina to expeditions on every continent, Hayes brings to life the (often wild) adventures of a geologist. His brilliant descriptions of coastal landforms and the processes that mold and shape them are on display in each chapter, proving his powers of observation.

But this memoir also shows Hayes to be a keen observer of people and the human condition, through his diverse epigraphs, and often hilarious anecdotes gleaned from his private journals. Coastal Heroes carries the reader along on a fast-paced journey of scientific discovery spanning 50 years, which as Hayes readily admits couldn‘t have happened without a coterie of students, characters and colleagues, who provide an ongoing fabric to his story. After reading this book, you‘ll know why so many Hayes students did “heroic” things in the name of science. It was simply to be part of this constellation of discovery circling a unique man.”
—Dr. Tim Kana, Coastal Science & Engineering.

About the Author:
Chairman of Research Planning, Inc., in Columbia, South Carolina, Miles O. Hayes is a geologist and marine scientist with over fifty years of research experience. In 1997, he was awarded the Francis P. Shepard Medal in Marine Geology by the Society for Sedimentary Geology.