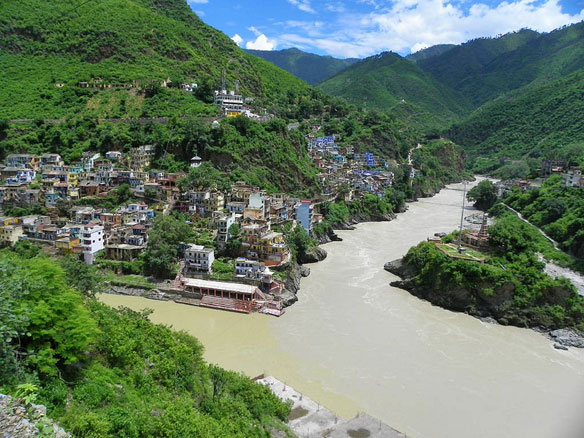 The confluence of the Alaknanda (stormy, grey) and Bhagirathi (placid, brown) at Devaprayag, forms the Ganga as it heads for the final lap down the mountain before entering the plains. Captions and Photo source: ©© Vm2827

On Jun. 15, flash floods caused by a cloudburst and glacial leaks swept thousands of unsuspecting pilgrims away in what scientists are now referring to as a ‘Himalayan tsunami’.

For years, a booming tourist industry, made possible by thousands of illegally constructed guesthouses, has spawned massive hydroelectric power projects on the rivers, while other infrastructure development designed to accommodate hoards of visitors has proceeded at a steady clip, putting undue stress on this fragile ecological zone.

Scientists also say the damming of the Ganga, riverbed encroachment and mining activities are wreaking havoc on the region.

According to Mallika Bhanot, member of Ganga Ahvaan, a public forum to save the holy river, about 244 dams are being constructed along the water channel, while only three were cancelled after a 100-km stretch, from the glacial mouth of Gomukh to Uttarkashi town, was declared an eco-sensitive zone (ESZ) in December 2012.

1,000 people remain missing almost two weeks after devastating floods struck India’s Himalayan region, Reuters
Dubbed a “Himalayan Tsunami” by the Indian media due to the torrents of water that gushed through Uttarakhand, the floods and landslides swept away buildings and bridges and buried roads. 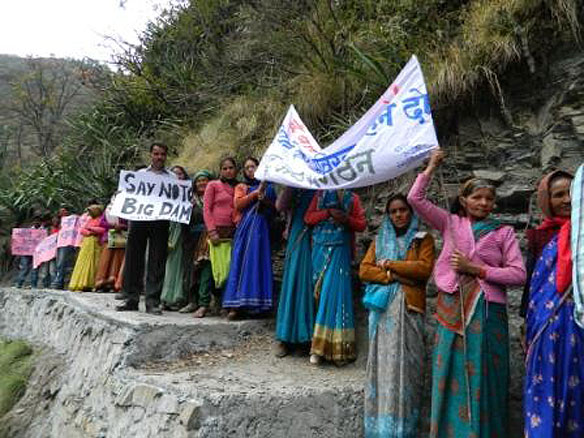