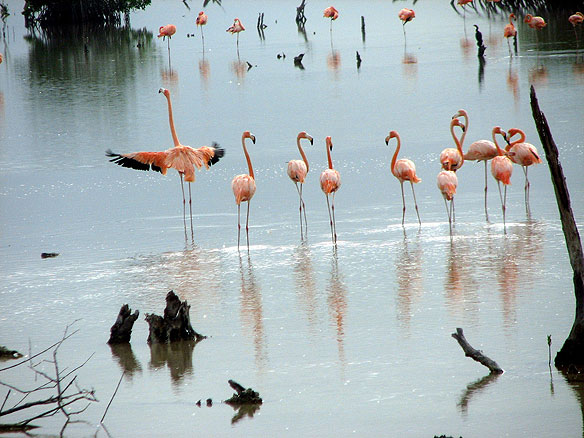 Jungles, forests, mangroves, swamps and lagoons are natural carbon storehouses or “sinks” in the Caribbean regions of Mexico. But now studies are being conducted to measure their capacity for absorbing carbon dioxide from the atmosphere.

These ecosystems are typically found along the strip of coastline that includes the southeastern states of Veracruz, Tabasco, Yucatán, Campeche and Quintana Roo…

Destroyed Coastal Habitats Produce Significant Greenhouse Gas (Uploaded 09-06-2012)
Destruction of coastal habitats may release as much as 1 billion tons of carbon into the atmosphere each year, 10 times higher than previously reported, according to a new Duke-led study.