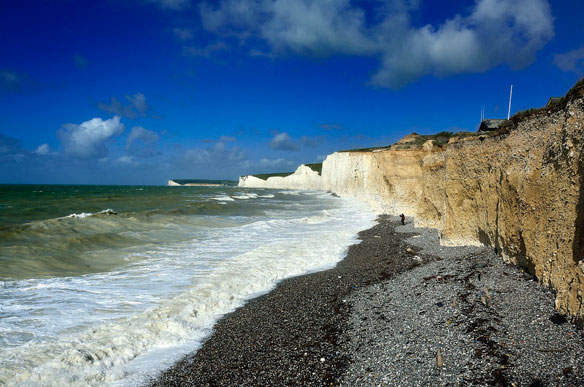 A 30ft (9m) crack has appeared along the cliff top at Birling Gap in East Sussex.

Shrinking Britain will force land to be abandoned to the sea, Guardian UK (Uploaded 04-02-2012)
Geologists take the long view, which can lead to some striking thoughts, and here is one: Britain is shrinking. As the waves crash onto the shores of this island, the rock is worn away or falls off in chunks, and, as the adage goes, they are not making land any more in Britain… 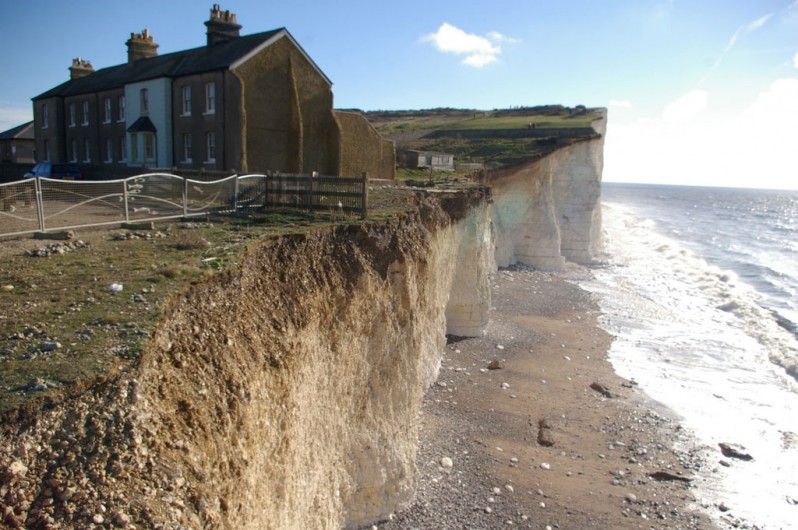