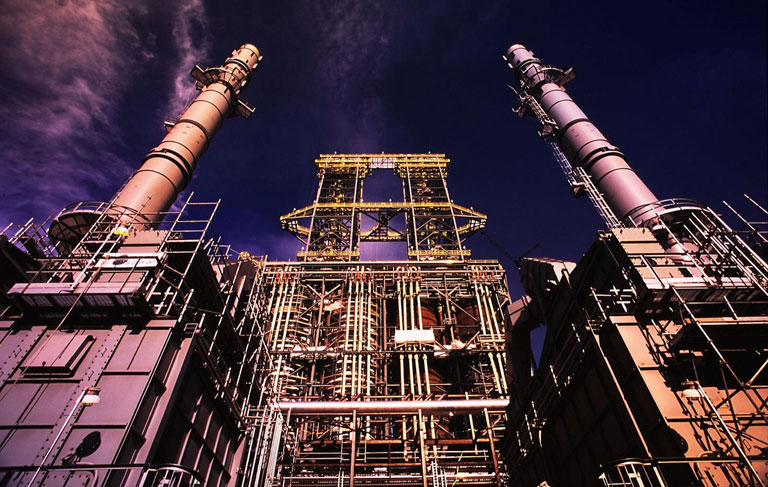 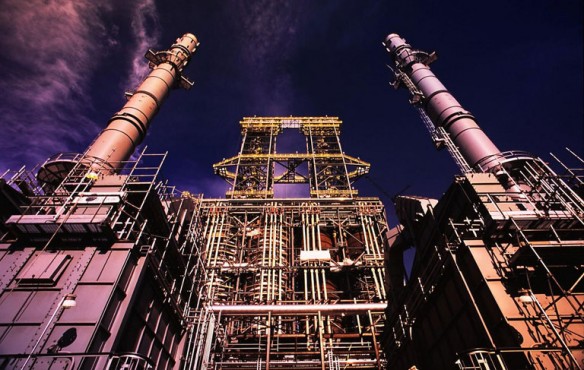 Oil sand plant. Oil sand is a mixture of bitumen (a thick, sticky form of crude oil), sand, water and clay. At the plant, the bitumen is heated and sent to drums where petroleum coke, the heavy bottom material, is removed. Petroleum coke, similar to coal, is used as a fuel source for the utilities plant. Captions and Photo source: ©© Suncor Energy

The U.S. State Department’s final environmental review of the Keystone XL Pipeline may have underestimated carbon dioxide emissions associated with the pipeline by as much as four times, according to a new study published in Nature Climate Change…

The extra oil consumption could add up to 110 million tons of CO2 to the atmosphere each year, an amount four times larger than the State Department’s estimate of up to 27 million tons annually, according to the study…

EPA on Keystone XL: Significant Climate Impacts from Tar Sands Pipeline, Scientific American (05-24-2013)
In a draft assessment of the proposed Keystone XL pipeline, consultants for the U.S. State Department judged that building it would have no significant impact on greenhouse gas emissions. Why?…

When to Say No: The Keystone pipeline, The New York Times