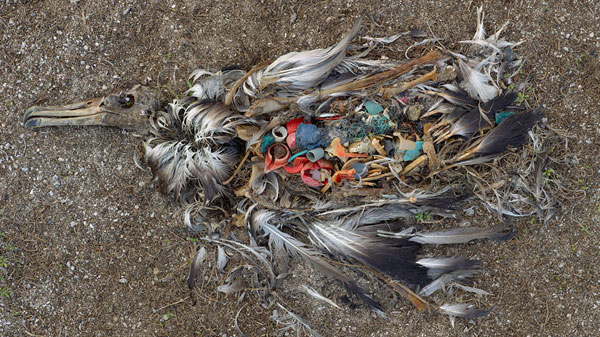 “© Midway: Message from the Gyre (2009),” from the Midway Series. Photograph courtesy of © Chris Jordan for Coastal Care’s Photo Of The Month, August 2010.

By the Center For Biological Diversity;

The Environmental Protection Agency released an assessment September 9th,2014, documenting the hazard that plastic pollution poses to wildlife on Tern Island in the Northwestern Hawaiian Islands — a key finding that will advance Tern Island as a potential Superfund site, an area of toxic hazard singled out for federal cleanup. This is the first time the agency has ever considered using the Superfund program to address an area contaminated by plastic.

“I’m thrilled the EPA is taking this historic first step to protect Hawaiian monk seals and green sea turtles from dangerous plastic litter,” said Emily Jeffers, a Center for Biological Diversity attorney. “These animals face enough threats to their survival from sea-level rise and habitat loss — the last thing they need is to choke on a floating plastic bag.”

The EPA’s investigation came as a result of a petition, submitted by the Center in 2012, requesting that the agency conduct a preliminary assessment of the Northwestern Hawaiian Islands and a portion of the enormous Pacific Garbage Patch within U.S. Waters. In November 2013 the EPA agreed to conduct a preliminary assessment in order to review threats posed to public health, welfare or the environment by plastic pollution and to determine if further investigation under Superfund was warranted.

In a report today, EPA concluded that microplastic pollution can accumulate and transport contaminants in the marine environment into the food chain. Billions of pounds of plastic — including grocery bags, soda bottles, toys and straws — are in the world’s oceans, posing serious health threats to nearly 300 types of marine animals.

“When plastic ends up in the ocean, it breaks down into smaller and smaller pieces, and when animals eat those pieces, those plastic toxins move up the food chain to bigger and bigger creatures,” said Jeffers. “Bioaccumulation of toxic chemicals poses real dangers not only to fish, birds and marine mammals, but also to people who eat tuna and swordfish.”

The Northwestern Hawaiian Islands, whose reefs and shores are deluged by plastic debris, have long been a haven for marine wildlife. Designated Papahanaumokuakea National Monument in 2006, this 1,200-mile chain of scattered islands and atolls is home to more than 7,000 marine species, one quarter of which are found nowhere else on Earth.

Tern Island and its surrounding atoll, French Frigate Shoals, are designated as critical habitat for Hawaiian monk seals, whose total population of 1,200 has been steadily declining in the northwestern islands. The atoll plays a vital role as the site of the largest breeding colony of the species; it faces loss of land habitat in the wake of climate change and projected sea-level rise. It’s also nesting habitat for 95 percent of threatened Hawaiian green sea turtles. Tern Island is the largest in the atoll and the breeding site for 18 species of seabirds, the most in the Northwestern Hawaiian Islands, which are located within the North Pacific Subtropical Convergence Zone. A high concentration of marine debris, including plastics, from global sources has accumulated in the zone.

This Hawaiian Island Is So Polluted With Plastic That It Might Become a Superfund Site, TakePart
The “Superfund Site” designation, which the United States Environmental Protection Agency gives for areas severely contaminated by hazardous waste, would be the first granted for a site that was investigated for ocean plastic pollution… 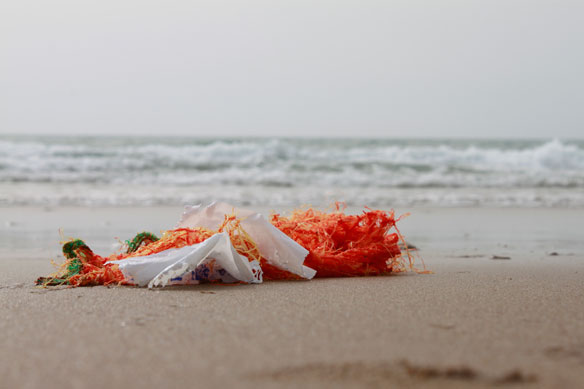