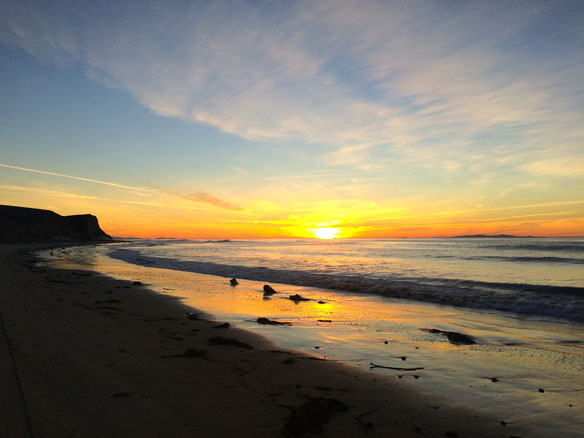 In Retrospect: Between Pacific Tides

Aaron Hirsh celebrates the 75th anniversary of the marine-biology classic by Ed Ricketts, the bohemian scientist who inspired John Steinbeck.

“To get a sense of Ricketts, we can look to the Steinbeck hero who comes closest to being straight biography. Doc, from the 1945 novella Cannery Row, dresses like a vagrant but talks like a prophet. In mind and body alike, zealous appetites are balanced by overflowing generosity. He recites with equal verve the spiritual verse of eighth-century Chinese poet Li Po and the mysterious properties of marine invertebrates.

A number of writers have observed that what made Between Pacific Tides revolutionary was that its organization is ecological rather than taxonomic: it categorizes animals according to habitat, not phylum or family.

The book begins at the uppermost zone where a flood tide’s waves barely splash our shoes. And the first creatures we encounter there are the ones we really would notice: the familiar things… And so it goes in each zone, as Ricketts leads us deeper into the intertidal: common to rare; familiar to exotic; obvious to hidden…”