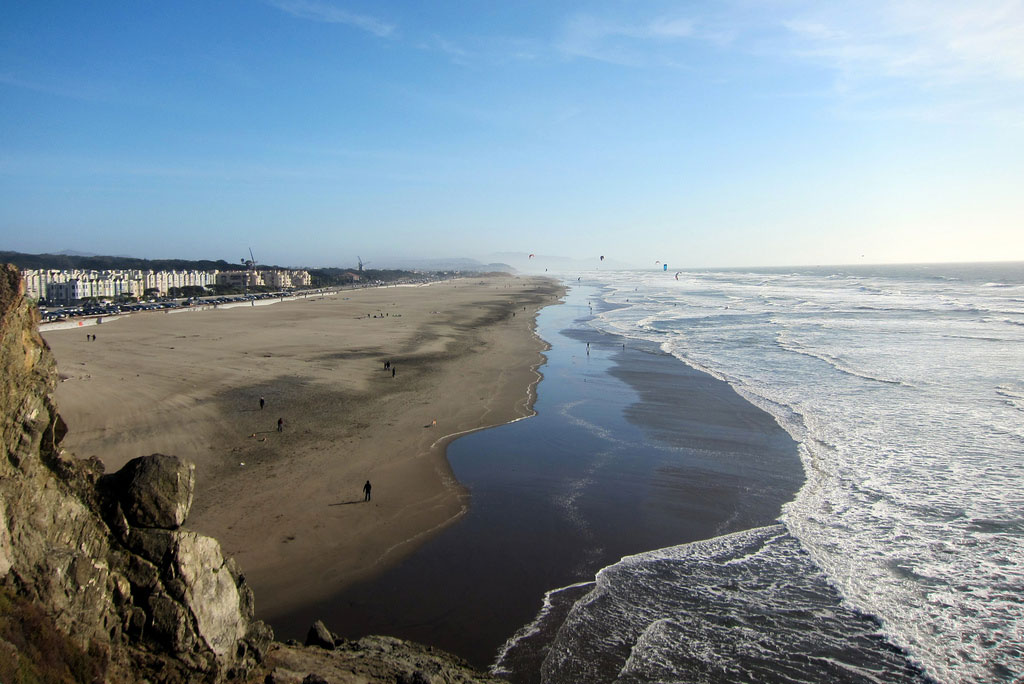 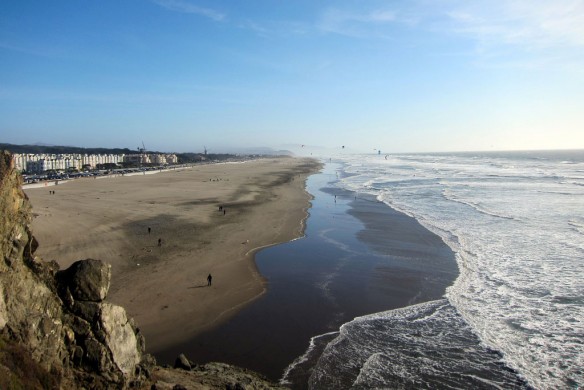 The operation — at the north end of Ocean Beach near the O’Shaughnessy Seawall and the south end near Sloat Boulevard — isn’t kids’ play. It’s part of an effort by the San Francisco Public Utilities Commission, working with the National Park Service, to move 42,000 tons of sand — 30,000 cubic yards — from the north end of the wide beach to the south, which is where it came from in the first place…

Ocean Beach Erosion: New Plan Crafted, San Francisco Chronicle (04-15-2012)
The silver tide that surges through Ocean Beach from dawn to dusk is a surfer’s delight. For San Francisco, however, it is an unrelenting test of nature…

San Franciscans in the Dark About Flood Hazards?, Climate Central (06-20-2014)
Ocean Beach, on the western edge of the city, has been offering San Franciscans a place to enjoy nature and water activities, but the shoreline is facing greater erosion due to sea level rise that threatens public safety and vital infrastructure.