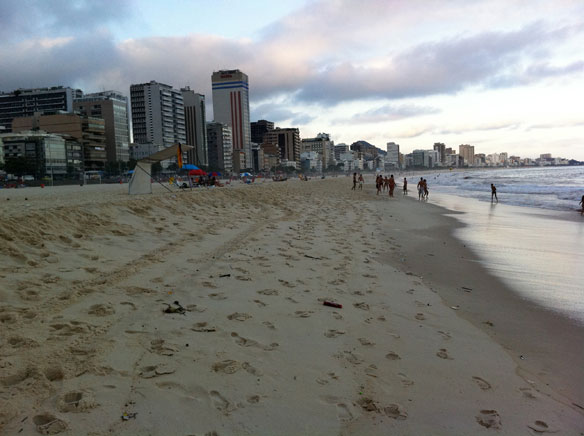 Oil, An Invasive Water Species in the Carnival Capital

The activities of the oil industry’s plants, pipelines and tankers occupy 46 percent of the Guanabara bay in the Brazilian state of Rio de Janeiro, and that area is expanding, due to deepwater drilling in the Atlantic off the coast of Brazil, and the construction of a second refinery near the bay, set to begin operating in 2016…

Rio summit exposes Guanabara Bay’s Dire Pollution, AFP (06-13-2012)
In Rio de Janeiro, Brazil, Guanabara Bay used to be a near-legendary paradise, with healthy mangroves, sandy beaches and a rich ecosystem. Sadly, decades of urbanization and deforestation have taken their toll, and today it is long-suffering from unprecedented levels of pollution. Since 1995, one-billion dollars have been invested in fighting the pollution…