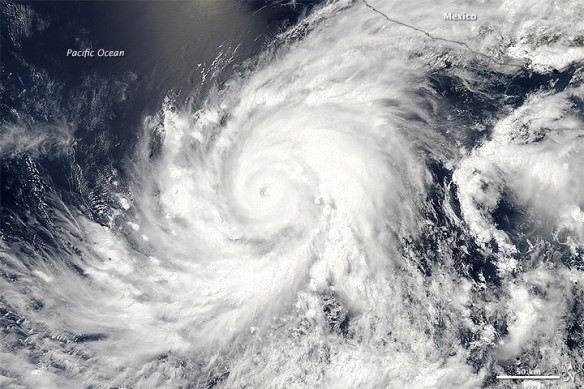 Hurricane Blanca Off Mexico, June 3, 2015. The storm is the earliest second hurricane on record for the eastern Pacific Ocean. After intensifying rapidly, Blanca then weakened while passing over an area of upwelling. Forecasters expect the storm to strengthen as it moves north in the coming days. Captions and Photo source: NASA / Earth Observatory.

Hurricane Blanca weakened to a category 2 storm off Mexico’s Pacific coast on Thursday but it is forecast to strengthen as it heads toward tourist resorts at the southern tip of the Baja California peninsula, the U.S. National Hurricane Center said…