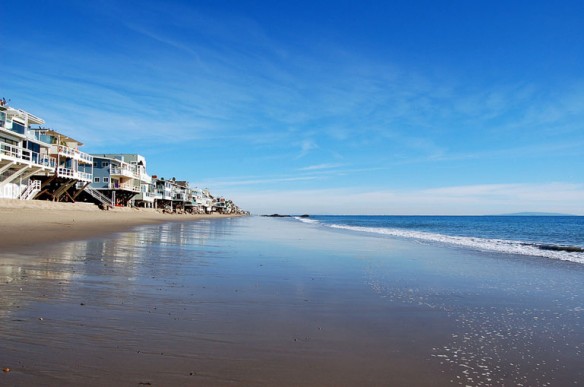 As it nears its 40th year, the California Coastal Commission is stepping up its efforts to make California’s coastline accessible to everyone, not just those who can afford to hoard the view.

In theory, a person could walk along the water for the length of California — from the Oregon state line to the Mexican border — without setting foot on private property…

Surfers Win Back California’s Martin’s Beach, Huffington Green (09-29-2014)
Surfers are celebrating a major win after a California court ruled against a Silicon Valley billionaire who had tried to deny public beach access near his private property…