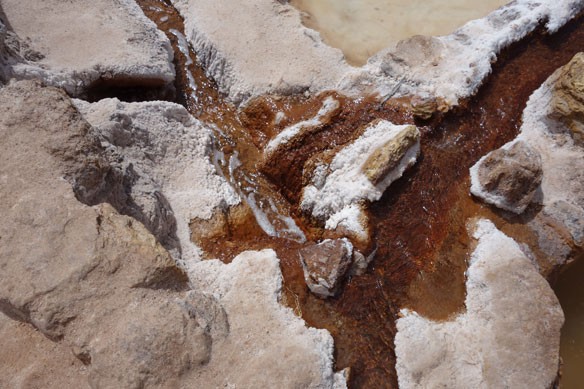 Sea salt on shore.
“The unprecedented plastic waste tide plaguing our oceans and shores, can become as limited as our chosen relationship with plastics, which involves a dramatic behavioral change on our part…”
Captions and Photograph: © SAF — Coastal Care

When researchers analyzed fifteen brands of common table salt bought at supermarkets across China, they found among the grains of seasoning micro-sized particles of plastic.

The highest level of plastic contamination was found in salt sourced from the ocean: The researchers measured more than 1,200 particles of plastic per lb of sea salt.