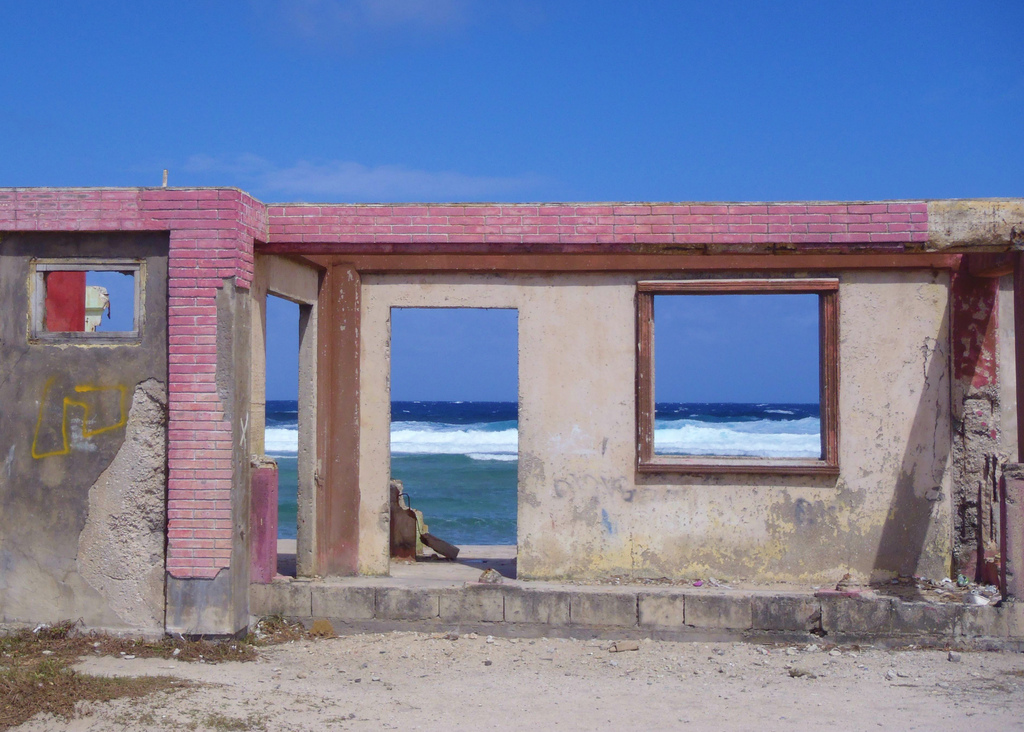 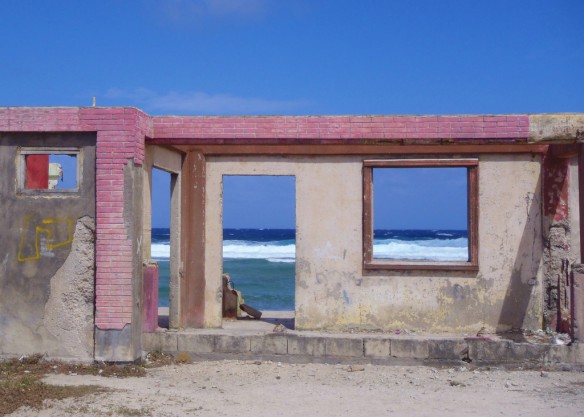 Most of the land in the Marshall Islands is no more than three feet above the high tide mark. Captions and Photo source: ©© Erin Magee, AusAID / Department Of Foreign Affairs

Finance ministers from the 20 countries most vulnerable to climate change have formed a group to call for greater access to climate finance for adaptation and mitigation in the face of the most devastating effects of global warming.

With a collective population of nearly 700 million, The Vulnerable Twenty, or V20, range from small Pacific nations, such as Vanuatu, to Bangladesh and the Philippines…

Escaping the Waves: a Fijian Village Relocates, a Video; The Sydney Morning Herald (10-03-2015)
Sailosi Ramatu, headman of Vunidogoloa in Fiji, takes us to visit his old home, one of the first villages in the world to relocate due to rising sea levels caused by climate change. “When many understand climate change in concept but not through personal experience, this exhibit carries great weight…”

Climate Change in the Marshall Islands and Kiribati, Before and After- Interactive, Guardian UK (03-11-2015)

VIDEO: Voices From the South Pacific – Part II (11-19-2010)
UNDP produced a film about the reality of climate change in the Pacific island of Kiribati. The film clearly shows how people’s lives are being affected right now by rising sea waters…

“We Were Once Three Miles From the Sea,” by Nyani Quarmyne, (02-15-2015)
Grain by grain, West Africa’s coasts are eroding away, the dry land sucked under the water by a destructive mix of natural erosion and human meddling… Nyani Quarmyne has poignantly photographed the impacts of climate change on people living on the Ghana coast…