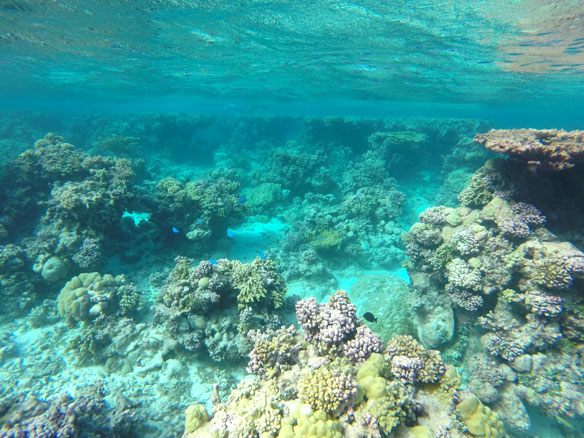 Australia’s Great Barrier Reef is suffering its worst coral bleaching in recorded history with 93 percent of the World Heritage site affected, scientists say as they reveal the phenomenon is also hitting the other side of the country…

Great Barrier Reef: the scale of bleaching has the most sober scientists worried, Guardian UK (04-16-2016)
I have dived hundreds of times, with different teams of scientists, along the reef. Yet the scale of this bleaching event has even the most sober and senior coral reef scientists worried. If the rhetoric from marine biologists is to be believed, then the Great Barrier Reef is now in the grip of a “bommie apocalypse”…