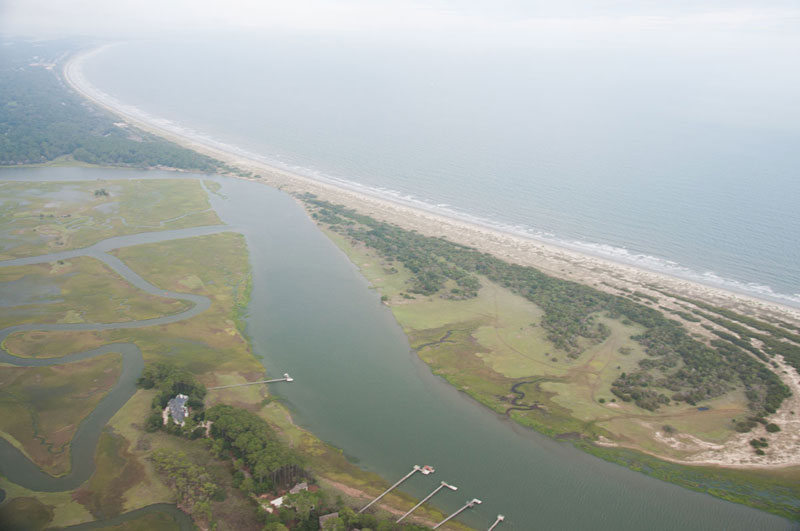 The narrow neck to Captain Sam’s Spit is disappearing, survey work has indicated. The dunes there aren’t tall enough to withstand a tropical cyclone of any real strength.

The findings could put a big hole in Kiawah Partners’ contention before regulators that the beach there is growing, and a road to its proposed development should be permitted. That means a bill up for a House vote in the coming week might be decisive in the near decade-long regulatory and legal wrangling over the proposed road to the development…

Capt. Sam’s and shifting sands, The Post and Courier (03-30-2016)
The dispute between those who would build houses on Captain Sam’s Spit and those who would keep that from happening has been festering for four and a half years. It’s been one step forward, one step back. Or one step backward and one step up, depending on your perspective.