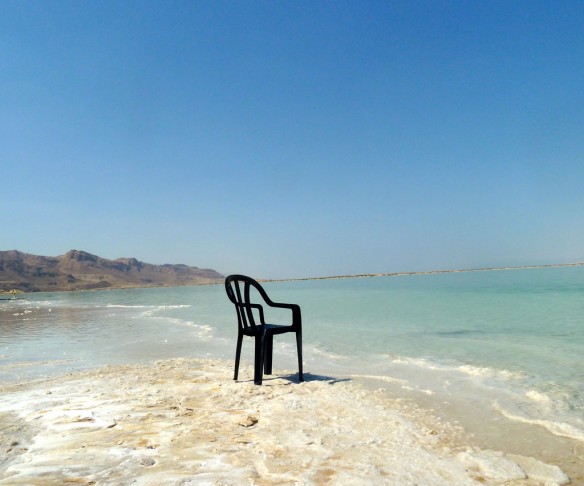 Dead sea.
“The unprecedented plastic waste tide plaguing our oceans and shores, can become as limited as our chosen relationship with plastics, which involves a dramatic behavioral change on our part…”
Captions and Photo: © SAF — Coastal Care

Environmental degradation and pollution is estimated to cause up to 234 times as many premature deaths as occur in conflicts annually, highlighting the importance of a healthy environment to achieving the 2030 Agenda for Sustainable Development, according to a new report released at the second United Nations Environment Assembly (UNEA2).

Environmental impacts are responsible for the deaths of more than one quarter of all children under the age of five, the report states.

Healthy Environment, Healthy People – published by the United Nations Environment Programme (UNEP), the World Health Organization (WHO), the Convention on Biological Diversity, the Montreal Protocol on substances that deplete the ozone layer, and the Basel, Rotterdam and Stockholm conventions – looks at the dangers posed by air pollution, chemicals, climate change and other issues linking environmental quality to human health and well-being.

UNEP Executive Director Achim Steiner said, “By depleting the ecological infrastructure of our planet and increasing our pollution footprint, we incur an ever-growing cost in terms of human health and well-being. From air pollution and chemical exposure to the mining of our natural resource base, we have compromised our life support systems.

“A healthier planet is a rising tide that lifts all boats, including human health, but also economies and societies. By grounding development and progress in environmental health, we safeguard our own well-being. At UNEA-2, the world is focusing on pathways to ensure that the environment sustains human health rather than threatening it.”

The report finds that in 2012, an estimated 12.6 million deaths were attributable to deteriorating environment conditions, or 23 per cent of the total…