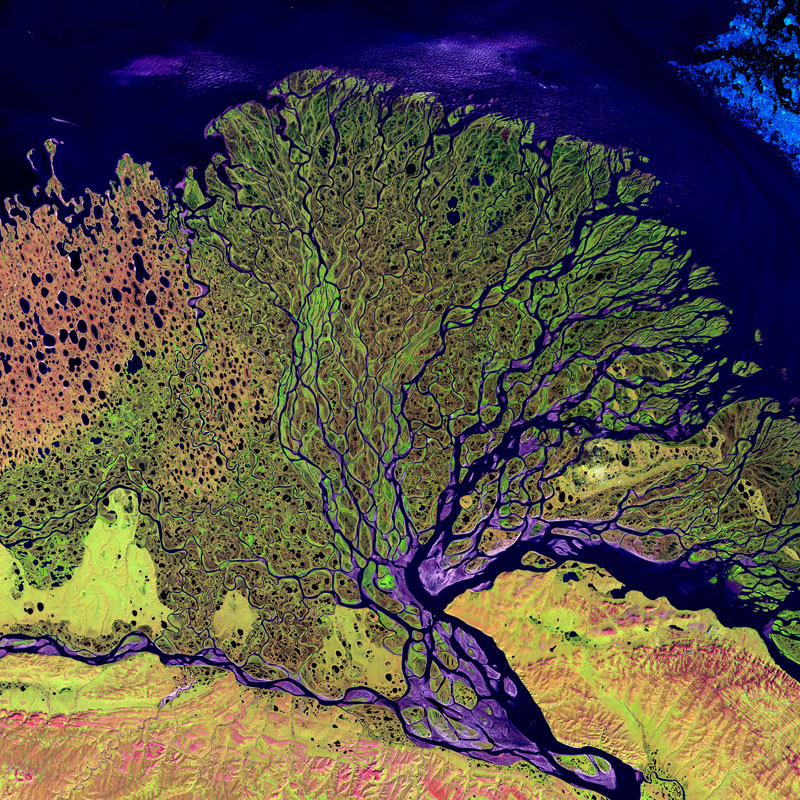 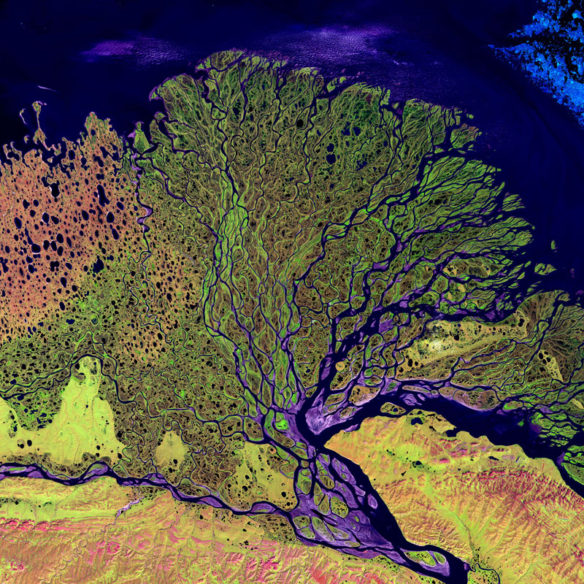 Lena River Delta. Siberia’s Lena River is one of the longest rivers in the world. It rises west of Lake Baikal in southern Russia and eventually flows north for 4,400km (2,800 miles) before emptying into the Laptev Sea, an arm of the Arctic Ocean. At its mouth into the Laptev Sea in northern Siberia, the river forms a huge delta of 32,000 sq km, which is the largest Arctic delta and the most extensive protected wilderness area in Russia.
Image source: NASA / Earth Observatory

Scientists studying deltas show how they may be able to predict where destructive avulsions– where the flow of water through a delta changes its course – may occur. Many river delta systems are drowning because of rising sea levels. This could push avulsions farther upstream placing more and more communities in jeopardy, making an avulsion predicting tool even more vital…

Life-Giving Deltas Starved by Dams; International Rivers (05-24-2014)
At a time when coastal areas are already battered by climate change, life-giving deltas are being sacrificed to dam building…