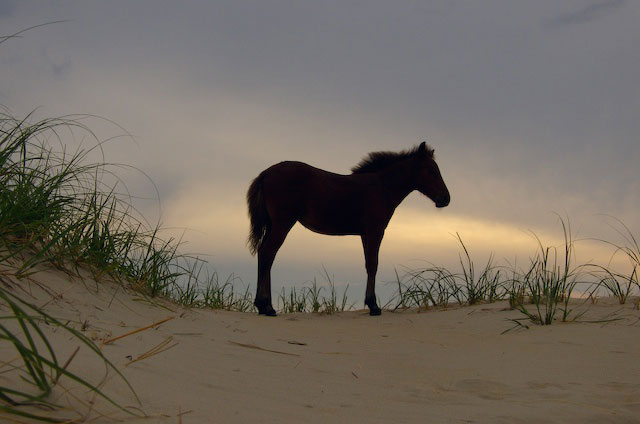 From forest to beach, North Carolina 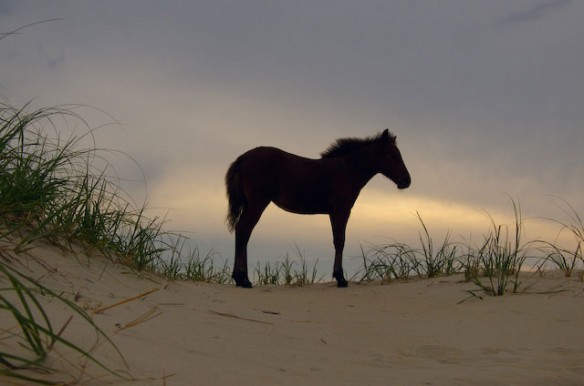 Wild horse of the Outer Banks, North Carolina. This is one of the few places in the eastern United States where wild horses can still be seen. Captions: NPS Photo source: ©© Kinan Tait

The Outer Banks is moving. For at least 4,000 years it has been steadily creeping closer to the continental United States.

When the wind howls from the northeast, standing in an unprotected spot near the shoreline can be a painful experience; granules of sand, pushed by winds in excess of 40 mph, threaten to strip the first layer of skin from one’s face. After the storm passes, sand from the dunes and beach is everywhere along N.C. 12.

Before the Outer Banks was a tourist mecca, before human intervention stabilized the beaches and roads and homes were built, that sand would have been pushed to the western side of the barrier islands and deposited…

It’s important to remember that barrier islands are gigantic sandbars. Unlike a true island, nothing attaches the sand to a rock or permanent core. Because of this, when waves wash over the land, sand is picked up on the ocean side, deposited on the landward side and the island migrates…