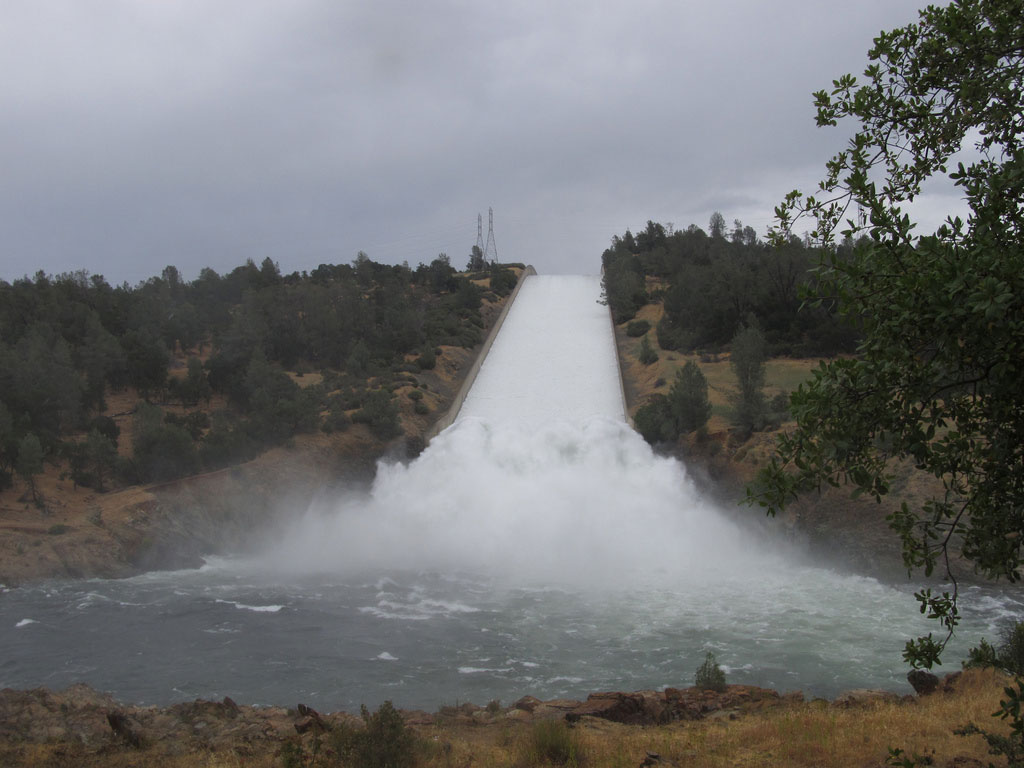 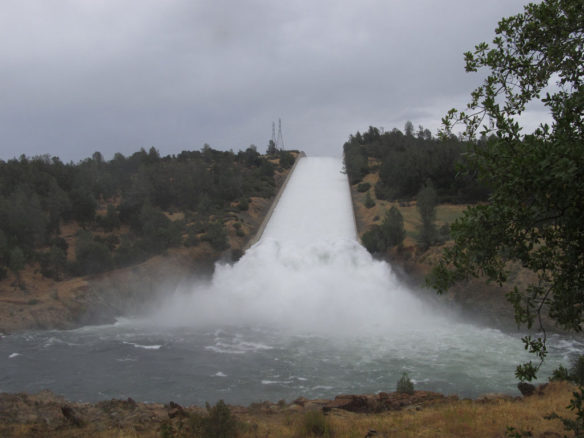 More than 100,000 people were told to evacuate because of a “hazardous situation” involving the Northern California dam’s emergency spillway. At one point, the NWS warned that the auxiliary spillway was expected to fail and could send an “uncontrolled release of flood waters from Lake Oroville…”

88,000 evacuated, emergency declared as California’s massive Oroville Dam threatens floods; The Washington Post (02-13-2017)
Even as they fled, however, the flow of water over the spillway halted late in the evening, stabilizing the crisis. But officials warned the damaged infrastructure could create further dangers as storms approach in the week.
Lake Oroville is one of California’s largest man-made lakes, with 3.5 million acre-feet of water and 167 miles of shoreline, and the 770-foot-tall Oroville Dam is the nation’s tallest, about 44 feet higher than the Hoover Dam on the Colorado River…