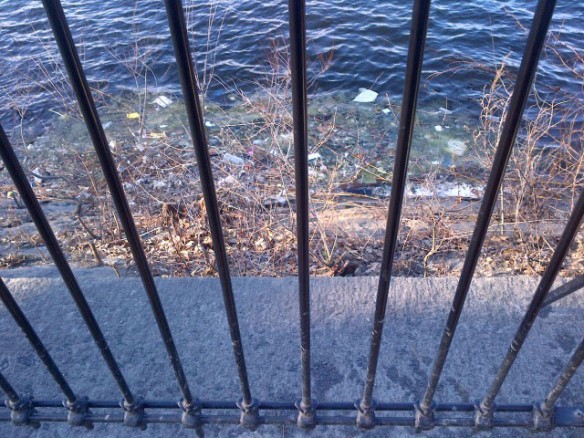 Plastic trash is a growing threat to oceans around the planet, and research on the Great Pacific Garbage Patch — plus similar messes in the Atlantic, Indian and Southern oceans — has drawn widespread public attention over the past decade. But since the Arctic Ocean is so remote and largely buffered by land, it has seemed safer from the plastic debris plaguing so many ocean gyres farther south.

According to a new study, however, the Arctic not only shares this global plastic problem, but serves as a “dead end” for hordes of marine debris drifting through the North Atlantic. Even though very little plastic waste is discarded within the Arctic itself, it’s still carried there — and then stranded — by ocean currents.