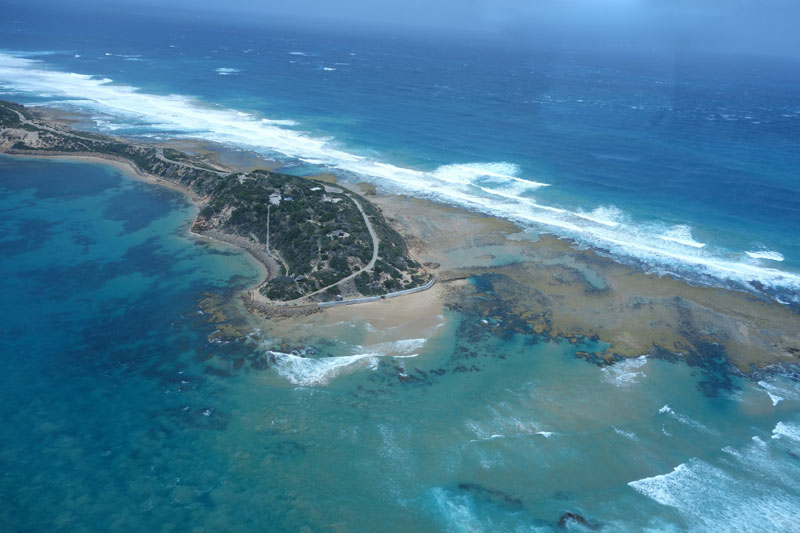 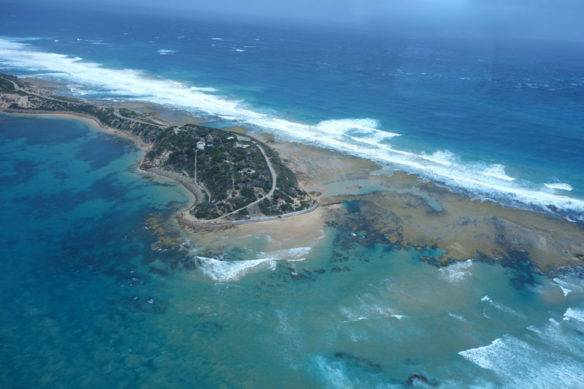 Photograph: © SAF — Coastal Care.
“The Rip”, also known as “The Heads”, is a dangerous stretch of water in Victoria, Australia, connecting Port Phillip and Bass Strait. It is the only entrance for shipping into Port Phillip and hence into Melbourne. Because of large tidal flows through the relatively narrow channel from the bay to the ocean, and a high rocky seabed, The Rip has claimed many ships and lives. Geographically, it is the roughly triangular area of water between the land points of Point Nepean, Shortlands Bluff and Point Lonsdale, these 3 form The Heads. Captions: Wiki

Coastal cities around the world could be devastated by 1.3m of sea level rise this century unless coal-generated electricity is virtually eliminated by 2050, according to a University of Melbourne new paper that combines the latest understanding of Antarctica’s contribution to sea level rise and the latest emissions projection scenarios…