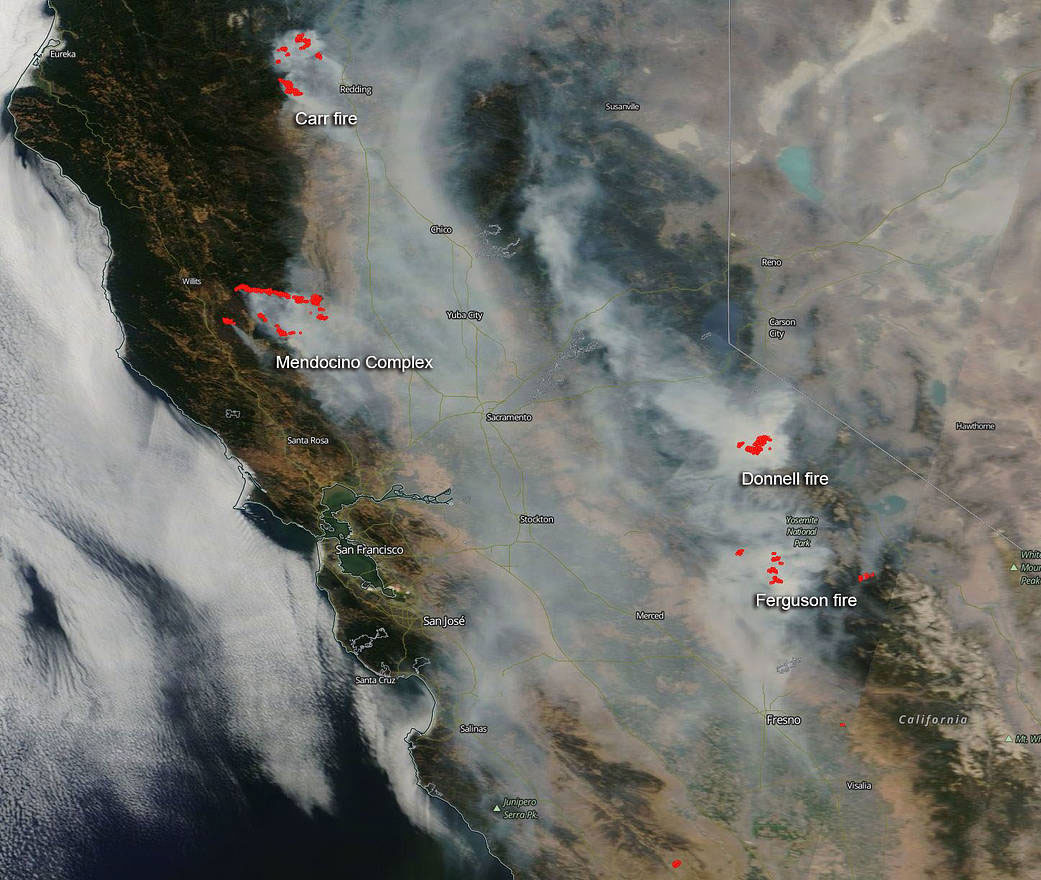 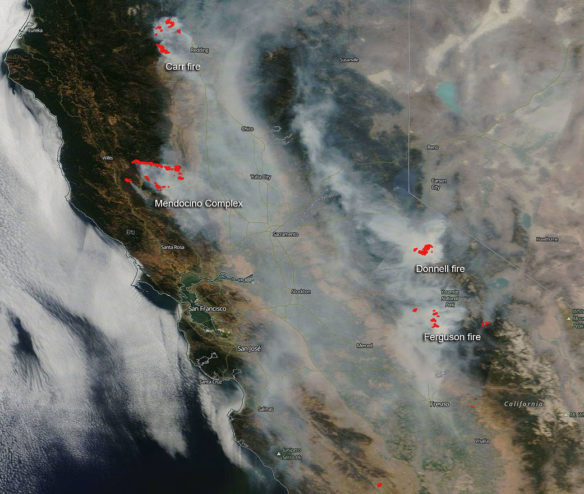 NASA’s Aqua satellite captured this image of the fires and smoke blowing from them on August 06, 2018 with the Moderate Resolution Imaging Spectroradiometer, MODIS, instrument.
Across the entire state is a blanket of smoke. The air quality in much of California is moderate to hazardous depending on proximity to the fires, however, there are very few areas in the entire state that are not being affected by the smoke coming off the fires throughout the state. The smoke released by any type of fire (forest, brush, crop, structure, tires, waste or wood burning) is a mixture of particles and chemicals produced by incomplete burning of carbon-containing materials. All smoke contains carbon monoxide, carbon dioxide and particulate matter or soot and is hazardous to breathe. —Caption and image source: NASA

A fire that has been growing for nearly two weeks in Northern California, is now the largest in modern state history.

Of the top 20 largest wildfires in California, about half have come in the last decade, according to Cal Fire. “That says a lot about the way things are changing in California,” Ms. Tolmachoff said…

Fire officials to Trump: No, California didn’t worsen wildfires by dumping water into ocean; The Washington Post (08-07-2018)
Trump’s comments puzzled not only the state officials but also scientists, who said that Trump not only failed to address human-caused climate change but also seemed to confuse the completely separate issues of fire protection and water management.