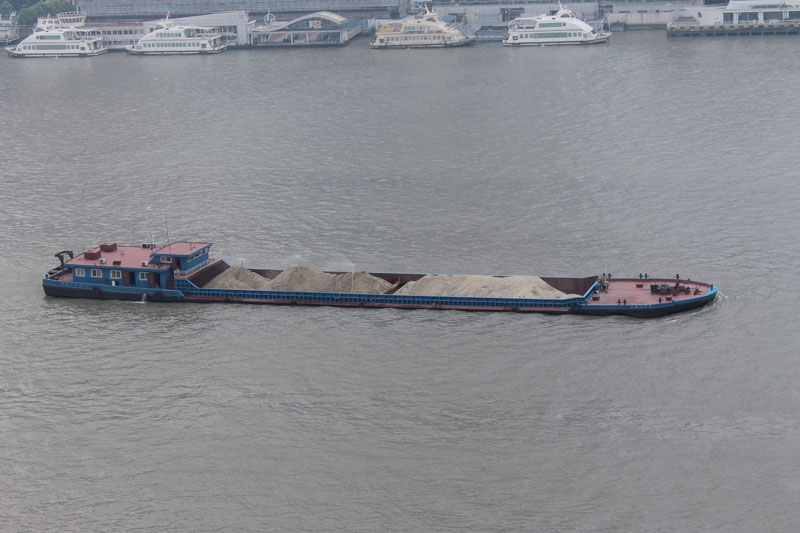 The Cement Industry, One of the World’s Largest CO2 Emitters, Pledges to Cut Greenhouse Gases 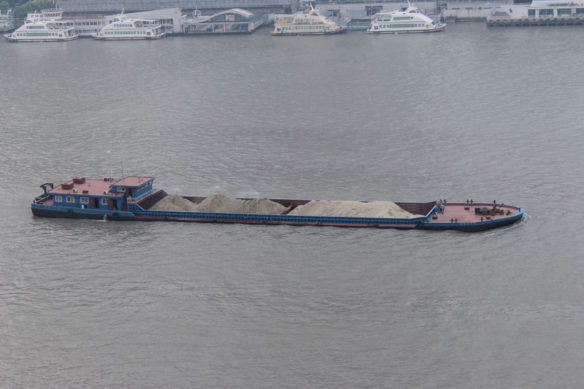 Sand barge. Photograph: © SAF — Coastal Care
As of 2011-2012, when investigative filmmaker Denis Delestrac and team, were first collecting and unveiling unpublished sand mining datas and information from the professionals involved, the Sand business was estimated to be a $70 billion industry, worldwide..
“Sand is the second most consumed natural resource, after water. The construction-building industry is by far the largest consumer of this finite resource. The traditional building of one average-sized house requires 200 tons of sand; a hospital requires 3,000 tons of sand; each kilometer of highway built requires 30,000 tons of sand… A nuclear plant, a staggering 12 million tons of sand…” Captions and Photograph by: “Sand Wars” Multi Award-Winning Filmmaker Denis Delestrac (©-2013).

Cement is the second most-consumed resource in the world, with more than 4 billion tons of the material produced globally every year. As a result, the industry generates approximately 8 percent of global CO2 emissions, not far behind the agriculture industry, which accounts for 12 percent. Ranked with CO2 emissions from individual countries, the cement industry would be the third-highest emitter after China and the United States.

Now, the Global Cement and Concrete Association (GCCA), which represents about 30 percent of total cement production capacity worldwide, is trying to change that. The London-based organization, founded in January 2018 to “drive advances in sustainable construction while demonstrating industrial sustainable leadership in cement and concrete manufacturing,” announced the industry’s first “Sustainability Guidelines” following the conclusion of the COP24 climate conference in Poland this December…