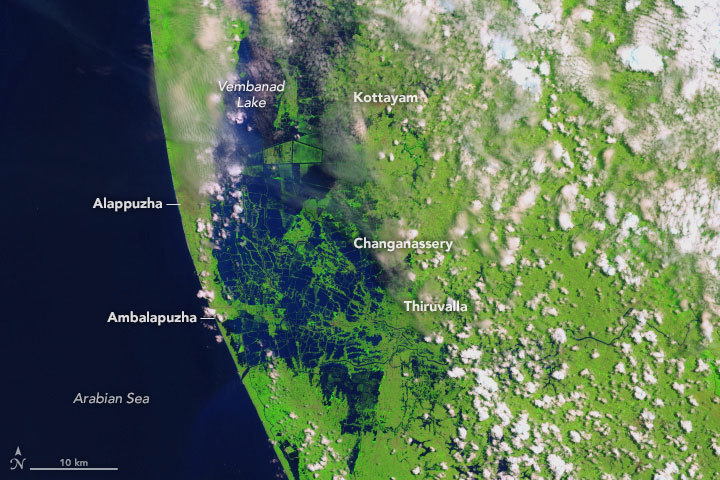 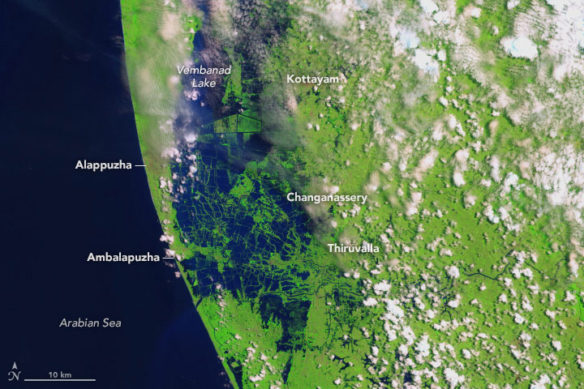 The picturesque Kerala backwaters in southern India, increasingly popular with tourists, form a network of engineered canals, lagoons, lakes, and rice paddies. But a fatal monsoon deluge has highlighted the global problem of how developed wetlands often lose their capacity to absorb major floods…