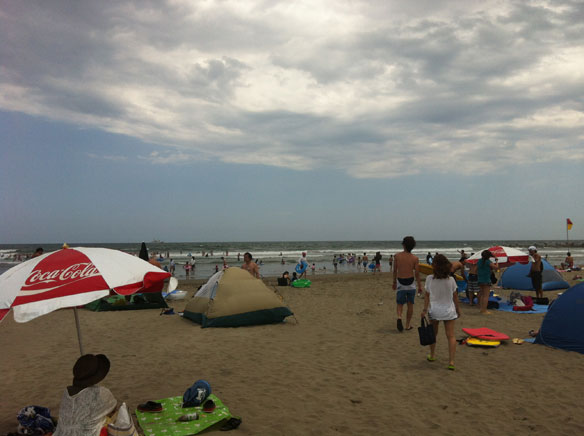 Against the grain: anger grows at spike in ‘sand graffiti’ by tourists in Japan

Local authorities in Japan have drawn a line in the sand amid anger over a rise in graffiti by foreign tourists disfiguring its pristine coastal dunes.

Tottori, a prefecture (county) on the Japan Sea coast, banned the defacement of its sand dunes – a major tourists attraction – a decade ago, but the local government said there had been a dramatic rise in “sand graffiti” in recent years as the area attracts more visitors from overseas…

Rising demand for sand calls for resource governance, UN; UN (05-07-2019)
With the global demand for sand and gravel standing at 40 to 50 billion tonnes per year, a new report by UN Environment reveals that aggregate extraction in rivers has led to pollution, flooding, lowering of water aquifers and worsening drought occurrence…