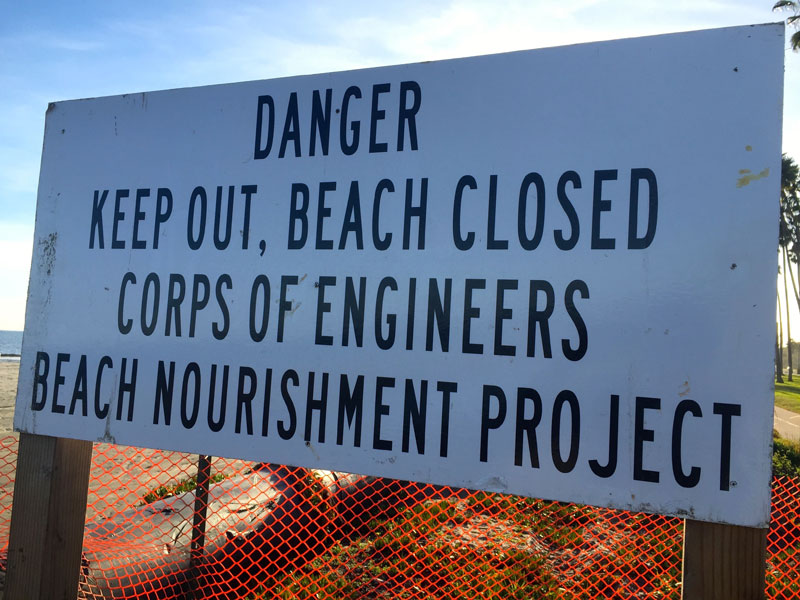 Your favorite pristine beach is founded on mass invertebrate death 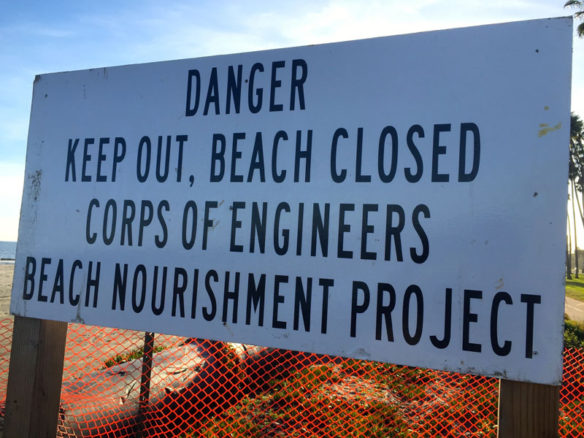 Beach managers import sand and constantly groom shores with heavy machinery, and a recent study in the journal Ecological Indicators shows these managed beaches have much fewer sand-dwelling critters than nearby natural ones.

A Feast Interrupted; By Hal Hughes, in Making Waves (06-04-2010)
Every few days, in some places as often as twice a day, tractors roll along a hundred miles or so of sandy beaches in southern California, scooping up not only trash but also seaweed that’s washed ashore, along with the myriad small creatures that shelter in it. This mechanical “beach grooming”, practiced for decades, helps keep up the classic sand-and-surf image that draws millions of people to the region’s beaches, but it also sweeps away a resource that provides vital nourishment for shorebirds…