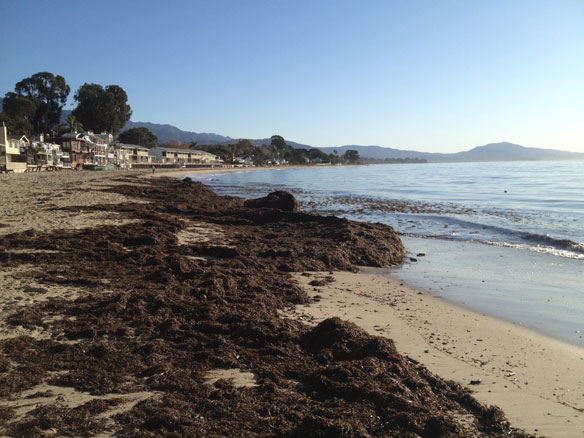 California’s critical kelp forests are disappearing in a warming world. Can they be saved? 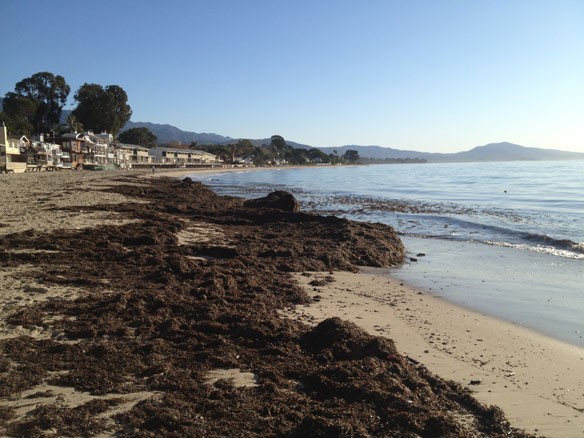 Miramar beach, California. Photograph: © SAF — Coastal Care.
If you have ever walked along the California coast, you’ve likely had to navigate around clumps of seaweed. Before it was thrown up by the surf and left to dry on the beach, that seeming jetsam was part of a majestic underwater forest just offshore — NASA /Earth Observatory

The “sequoias of the sea” suck up carbon and shelter special species. They’ve been hit hard, but scientists, surfers, and more are banding together to save them…

Environmental controls of giant kelp in the Santa Barbara Channel, California, By KC Cavanaugh, DA Siegel, DC Reed, PE Dennison, University of California, Santa Barbara (05-18-2011)
Forests of giant kelp are located in temperate coastal regions throughout the world. They are among the most productive ecosystems on Earth, and giant kelp itself provides food and habitat for numerous ecologically and economically important near-shore marine species…