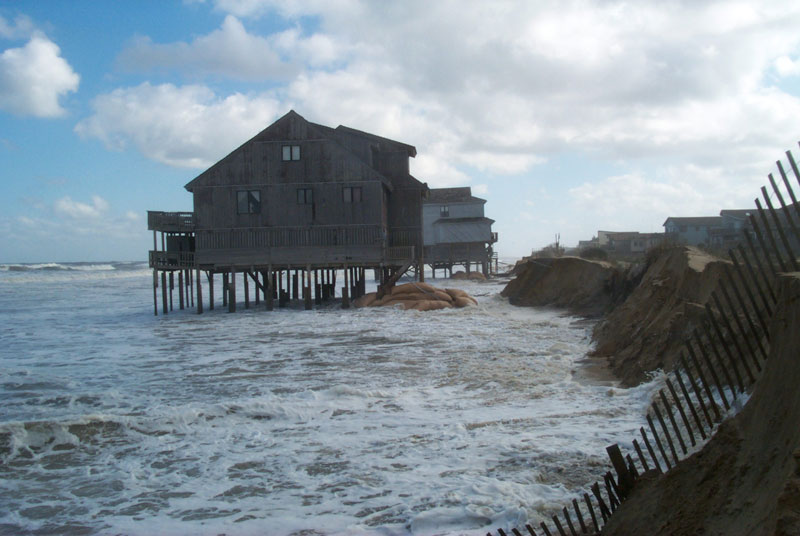 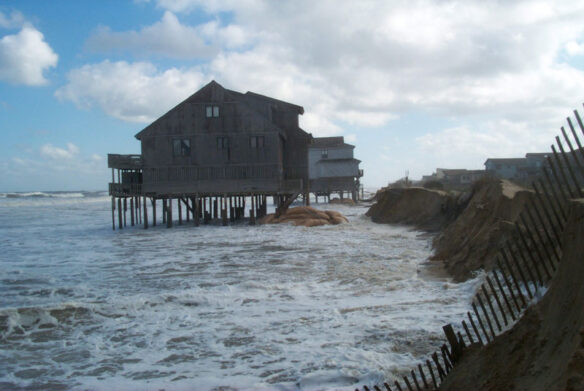 A row of cottages once stood where these two remaining buildings were located. Their removal is in the pattern of a disorganized and costly retreat forced by the sea, instead of a reasoned, orderly moving back in response to the sea-level rise. Severe coastal erosion, North Carolina. Photo courtesy of: © Andy Coburn

A new, nationwide flood modeling tool released Monday paints a picture of the U.S. as a country woefully underprepared for damaging floods, now and in the future…

Coastal communities should exercise caution in using FEMA Flood Maps as the primary indicator of coastal risk; By Rob Young, Director of The Program for the Study of Developed Shorelines at Western Carolina University,(02-14-2019)