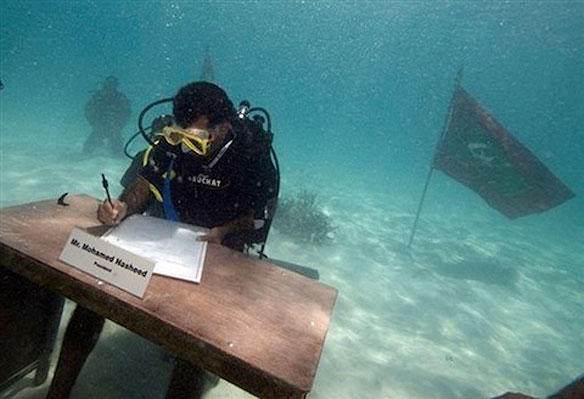 As California officials see it, global warming is happening so there’s no time to waste in figuring out what to do.

California’s interagency Climate Action Team on Wednesday issued the first of 40 reports on impacts and adaptation, outlining what the state’s residents must do to deal with the floods, erosion and other effects expected from rising sea levels.

Hundreds of thousands of people and billions of dollars of Golden State infrastructure and property would be at risk if ocean levels rose 55 inches by the end of the century, as computer models suggest, according to the report.

“Immediate action is needed,” said Linda Adams, secretary for environmental protection. “It will cost significantly less to combat climate change than it will to maintain a business-as-usual approach.”

Few topics are likely to be more contentious than coastal development. But along the state’s 2,000-mile shoreline the effects would be acute, particularly in San Mateo and Orange counties, where more than 100,000 people would be affected, according to the 99-page state-commissioned report by the Oakland-based Pacific Institute.

Detailed maps of the coastline, published on the institute’s website, show that residential neighborhoods in Venice and Marina del Rey could find themselves in a flood zone. Water could cover airports in San Francisco and Oakland, parts of the ports of Los Angeles and Long Beach, and large swaths of Huntington Beach and Newport Beach.

Roads, schools, hospitals, sewage plants and power plants may have to be relocated. More than 330 hazardous waste sites are at risk from floods.

“The rising sea level could be California’s version of Hurricane Katrina,” said Michael Woo, a Los Angeles planning commissioner and urban planning professor at USC. “Taxpayers and insurance ratepayers might question their responsibility to help homeowners and businesses which knowingly build in high-risk coastal areas.”

California’s far-reaching adaptation initiative reflects an emerging global consensus: Scientists can argue over how fast the Earth is heating up and diplomats can wrangle over emissions caps, but politicians must begin planning for the certainty of climate change. 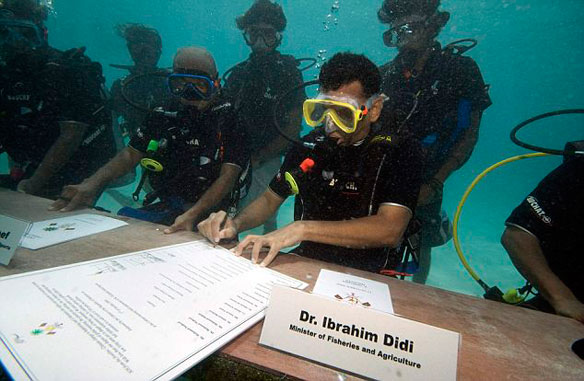