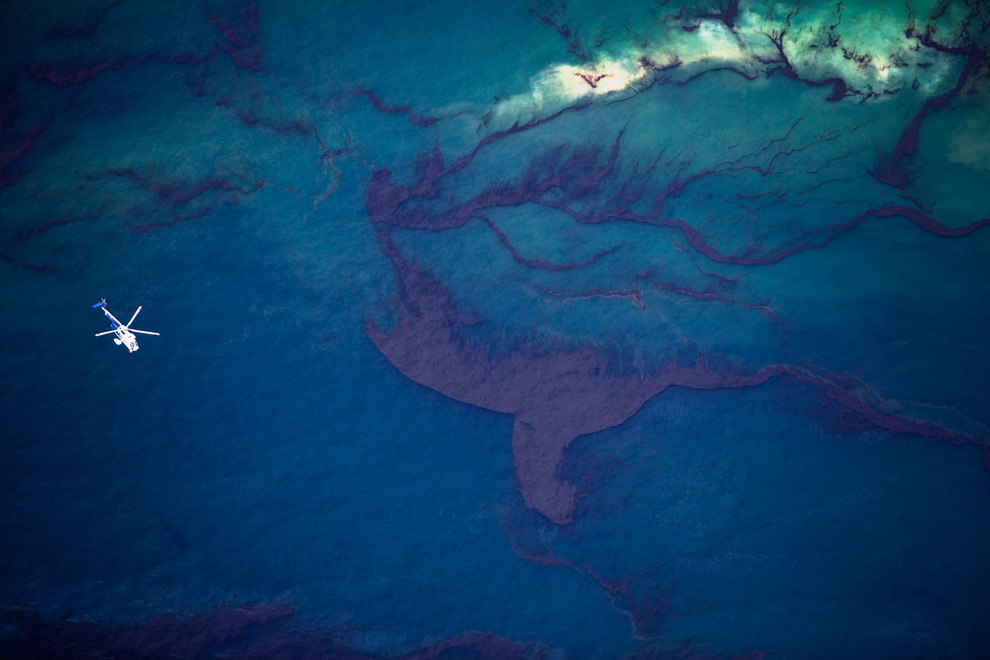 By Rob Young, Program for the Study of Developed Shorelines.

Scientists from the Program for the Study of Developed Shorelines continue to monitor the progress of the massive oil spill in the Gulf of Mexico. Our team conducted another aerial survey of the coast zone in Louisiana on May 18, 2010. This flight captured the Chandeleur Islands. We have another flight planned for later this week to capture the areas from the birdsfoot and west along with a ground survey of Grand Isle, LA where oil is coming ashore on the beach. There are increasing reports of oil reaching the beaches and wetlands of Louisiana. Much less is known of the cumulative impact the spill is having on the deeper marine environment offshore of Louisiana. And even less is known about the long-term impacts of the dispersant being used to break up the oil in hopes of keeping it offshore.

We are dismayed about the general lack of information regarding all aspects of this disaster. The FAA had placed flight restrictions on the Louisiana coast and offshore areas. We were eventually allowed to fly thanks to the help of one of our long-time partners. We were told the restrictions were due to the numerous low-level flights in the area; however, we only saw one other plane during our coastal flight. If one is a conspiracy theorist, one has to appreciate how convenient it is to keep the public from visualizing the problem. See these reports from Mother Jones: http://motherjones.com/mojo/2010/05/crude-oil-reaches-beaches-louisiana-gulf-bp-spill-transocean.

BP and the government continue to underestimate the amount of oil flowing from the ruptured well. The speed at which new ideas for shutting off the flow are generated seems painfully slow. It is difficult for the general public to gage or grasp the extent of this disaster. Many people have already tuned out, and media coverage in many areas has slowed. I think this is probably because we don’t have hundreds of images of dead birds and marine mammals to capture the public imagination. Much of the damage done by this spill may be long-term, and harder to visualize.

Now, the Louisiana Governor’s office is proposing to build a 93 mile-long sand berm that would bury much of the barrier island coast of the eastern delta. There is little evidence that this structure could be built in time to do much good, and there has been no environmental evaluation of the potential harm. One small storm could wash away significant portions of the structure, and the berm could even worsen the storm surge impact for a storm approaching from the “wrong” direction. This kind of rushed coastal engineering may be well intentioned, but could actually make things worse. So far, the Army Corps has not rushed to issue permits for the project, but the LA governor’s office is piling on the pressure.

Keep checking in for further updates.