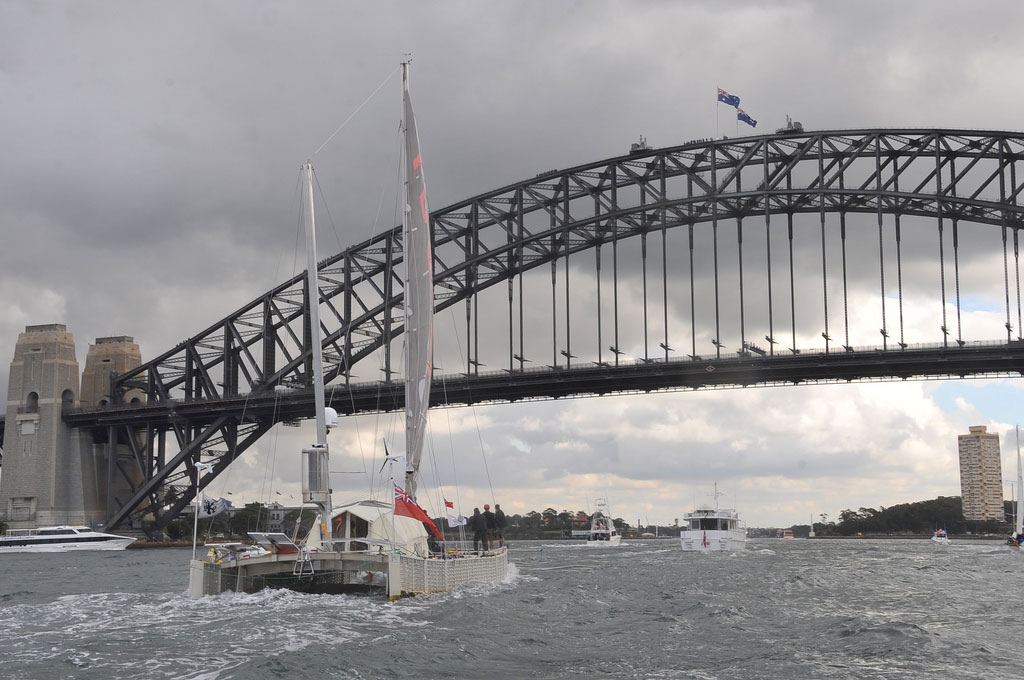 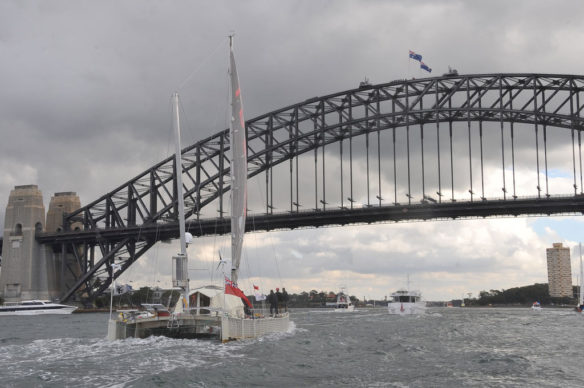 The Plastiki reaching Sydney. Made of approximately 12,500 reclaimed plastic bottles and engineered using the most sustainable methods possible, the Plastiki is meant to be used as a platform upon which solutions to the myriad of environmental problems can be found. Particularly, the Plastiki is hoping to raise awareness about single-use consumer products that are filling landfills and the sea. Photo source: ©© Ars Electronica

After spending 125 days traveling over 8,000 nautical miles, the Plastiki is preparing to reach Sydney, its final destination, on Sunday.

The Plastiki’s arrival in Sydney will not, however, be the 60-foot catamaran’s first time to reach Australian soil. Winter storms producing near-hurricane strength winds forced the vessel and its crew to take refuge in Mooloolaba, Queensland on Monday.
Originally, the crew had hoped to land in Coffs Harbour, south from Mooloolaba, before heading to Sydney. After waiting out the bad weather, the Plastiki took off from its unexpected first port-of-call in Australia early Friday morning with hopes to reach Sydney in the next two days.