Dead Baby Dolphins and Oil Wash in on the Gulf Coast

In the Gulf, the temperature is rising. The magical spring season should soon bring warm waters teeming with life back to the region’s marshy bayous and sandy shores.

But there are troubling signs all is not right with the Gulf.

This week, dramatic video and stories are emerging of at least 18 dead baby dolphins found on the coasts of Alabama and Mississippi. The tragic sight of these baby mammals floating belly up not far from the high rises and condos that students and families will flock to this spring suggest a different reality from the one presented by multi-million dollar ad campaigns that all is well along the Gulf shores.

Local fish and wildlife experts are studying the exact cause of this carnage to see if it’s oil related. My NRDC colleague Josh Mogerman’s blog points out that scientific research shows how sensitive dolphins are to chemicals and toxins that can contaminate mother dolphins’ milk. 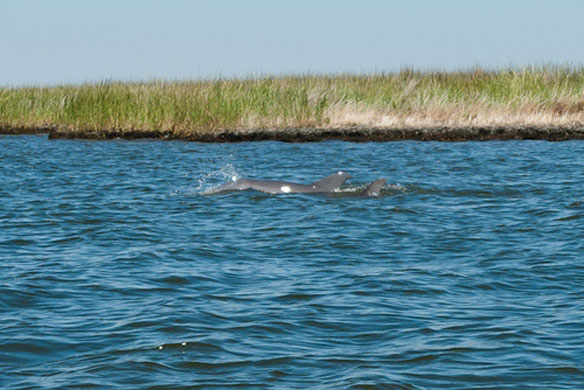 But this isn’t the only troubling sign that life isn’t normal down in the Gulf. Oily tar balls are still washing in and residents point out the beaches are definitely not normal. Lorrie Williams of Ocean Springs, MS, has been documenting the continued contamination of her nearby beaches.

“This was one of the first areas of Mississippi that was impacted by the BP oil last June,” she says. “BP never went down the beach to cleanup where the bayou and marsh grass is. The oil is stuck in the marsh grass. Everything is dead. When the sun hits on it, you get rainbow spots.”

Lorrie says they have been sick since the spill and the fishing isn’t any better. “A lot of people are no longer crabbing. They can’t afford to go out. And the sea bobs (shrimp) are all gone.”

Meanwhile, independent scientists continue to explore the sea bottom for signs of oil. And they are finding it. A lot of it. Marine biologist Samantha Joye told BBC News that the true extent of the oil disaster is still a long ways off.

The impact on the benthos was devastating. Filter-feeding organisms, invertebrate worms, corals, sea fans – all of those were substantially impacted – and by impacted, I mean essentially killed….Another critical point is that detrital feeders like sea cucumbers, brittle stars that wander around the bottom, I didn’t see a living (sea cucumber) around on any of the wellhead dives. They’re typically everywhere, and we saw none.

Here’s what the Associated Press had to say about Samantha Joye’s revelations:

In five different expeditions, the last one in December, Joye and colleagues took 250 cores of the sea floor and travelled across 2,600 square miles. Some of the locations she had been studying before the oil spill on April 20 and said there was a noticeable change. Much of the oil she found on the sea floor – and in the water column – was chemically fingerprinted, proving it comes from the BP spill. Joye is still waiting for results to show other oil samples she tested are from BP’s Macondo well. 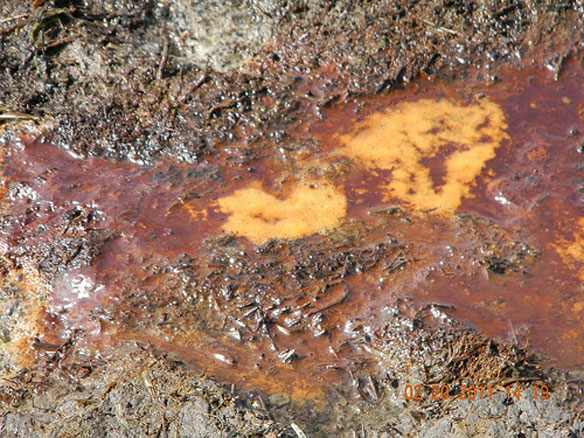 She also showed pictures of oil-choked bottom-dwelling creatures. They included dead crabs and brittle stars – starfish like critters that are normally bright orange and tightly wrapped around coral. These brittle stars were pale, loose and dead. She also saw tube worms so full of oil they suffocated.

Local residents continue to complain that BP and local government officials are painting a rosy picture of the Gulf. That just doesn’t match the reality many coastal residents say they are experiencing. People know that a six-fold increase in the normal number of baby dolphins washing ashore this time of year means something isn’t right.

In other words, the coast is far from clear.