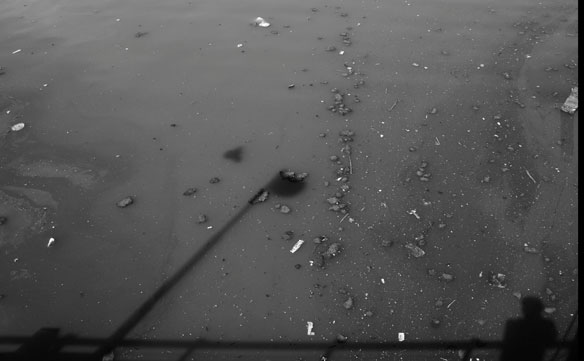 La Boca, Buenos Aires, Argentina. Photo source: ©© Marino González
The Matanza River is known by several names, including, in Spanish, Río de la Matanza (“the slaughter river” in English), or El Riachuelo (“the little river”). It is a 64-kilometre (40 mi) stream in Argentina that originates in the Buenos Aires Province and defines the southern boundary of the Buenos Aires federal district. It empties into the Río de la Plata. Caption Wikipedia

Along the Riachuelo river, one of the world’s most polluted waterways lying south of Argentina’s capital, many residents suffer from skin and lung problems and lack drinking water or sewers…

The Matanza river also known as Riachuelo or little river, defines the southern boundary of Buenos Aires and according to a number of studies it is one of the most polluted places in the world. The area has become a dumping ground for industrial, chemical and household waste.
http://www.youtube.com/watch?v=1HohRNEJEKE&feature=player_embedded